“We Are Here” is an architectural installation that investigates the potential of public space to serve as a platform for exposing and debating urgent matters of public concern. It aims to instigate theencounter betweenunhoused, caregivers andinstitutions.

The Israeli Association for Civil Rights reported 25,000 homeless people residing in Israel while the government accounts only for 2.500. Due to the dynamic and diverse nature of homelessness, thousands of street dwellers remain invisibleto the institutionsand with no access to theassistance that  isessential to  meet  their  basic  living  needs.  A condition  exacerbated  by current economic and health crises, forced migrations, discriminations, evictions and conflicts.

In response to the call, this project focuses on housing as the foundation of the city’s infrastructure of care and as an inalienable human right for everyone living in Tel Aviv, and also Jerusalem, Gaza, West Bank and anywhere else. The proposal addresses the issue of homelessness by making visible the so-called invisibles. In contrast with the trend of activating public spaces through temporary installations which systematically fail to generate enduring effects after “the party  is  over”, the rationale of the project is not the installation itself, but virtuous  processes triggered by it. The installation gathers 25 beds in front of Tel Aviv’s city hall and aims to become the site of a conversation between residents and institutions on the topic of housing. The beds, as fragments of the domestic furniture, are elements out of context violating the officialdom of the square to claim attention, and demanding engagement, from the municipal political institutions. The installation is composed of a 100 m² wooden platform containing standard single beds for meeting, resting  and  sleeping.  The  platform includes a  number  of  pull-out  beds  fastened  on casters for full mobility and a large flag identifyingthe site as a landmark from a distance. 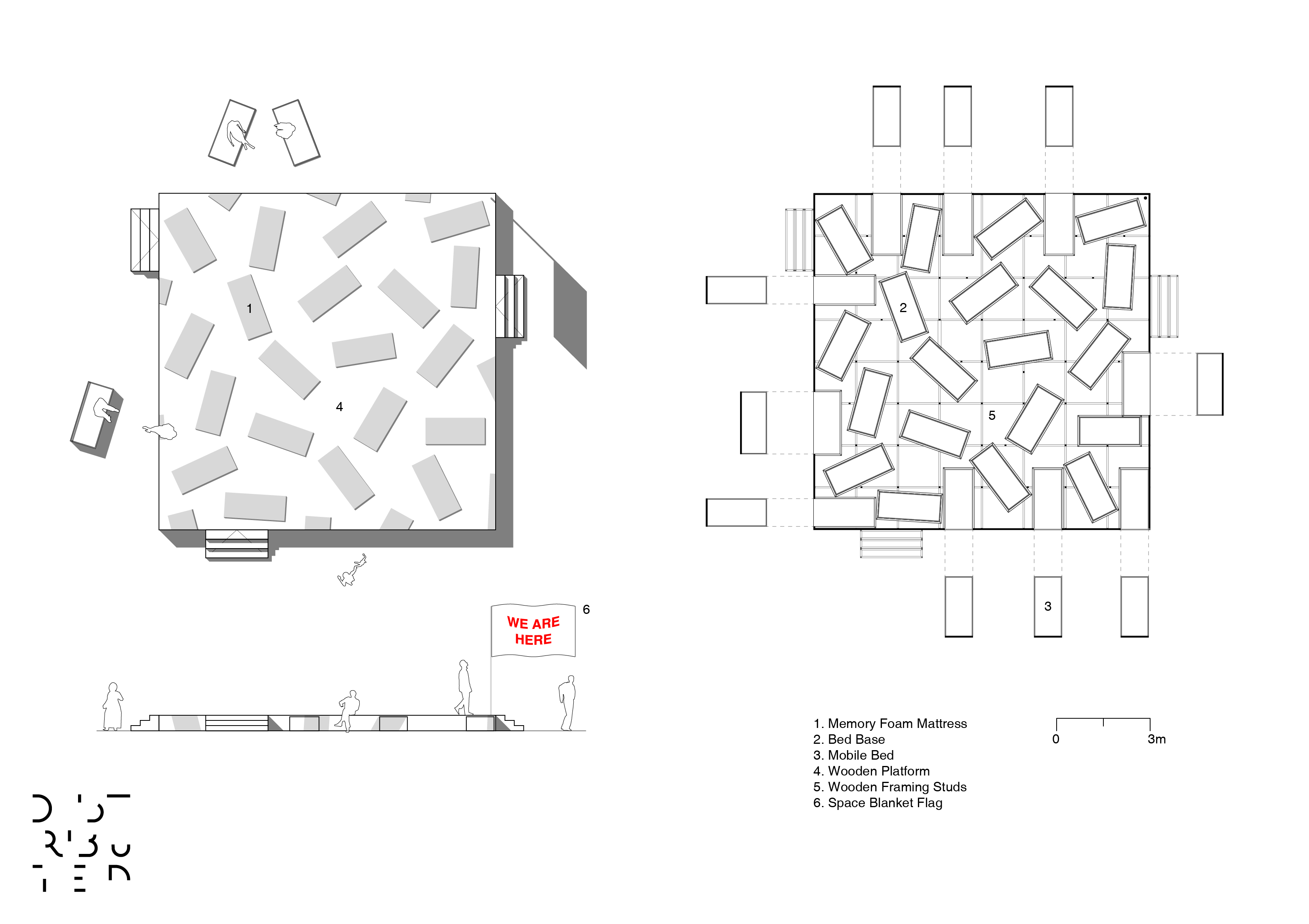 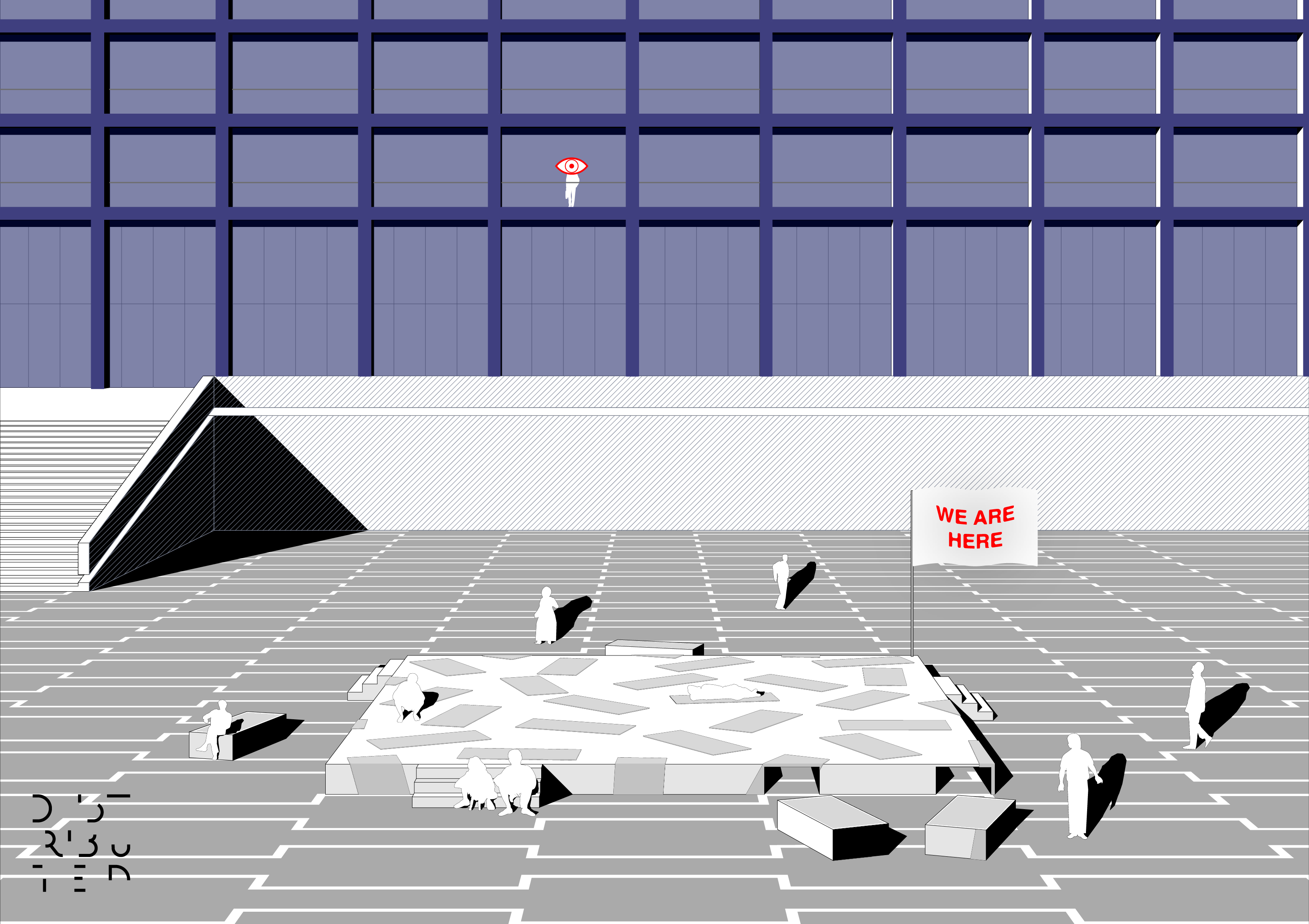