The way to interact with the city is to find an analogue in the past and adapt it to the new world.

The pandemic did not reveal new human needs from the point of view of sociology. People's requests for communication with each other remained the same as before the forced isolation. But finally there was an urgent need to change something.
The big city contributes to the determination of relations between people. In it, a person lives with a huge number of other inhabitants at one point in space. Due to constant uncontrolled contact with society, a person closes in himself, stops greeting neighbors, inviting friends to visit, and going out into the street. All he does is involuntarily meet his eyes with other passers-by, touch the shoulders of passengers in public transport, listen to the hum of other people on the street. All he wants is to be alone. As a result of this lifestyle, the city dweller feels lonely.In my project, I propose to create public spaces in the city that would allow people to divide into smaller social groups, which ensures communication within them and safety in such a difficult period. In the project, I used three key methods to do this. The first method is the viewable space method. When the space is viewed, people can see and avoid crowded places. The second method is the grid method, which allows you to evenly distribute the masses of people over the territory. And the third method is the duplication method, which spatially increases the territory several times, allowing you to choose a habitat.
Thus, my project solves the problem of deterministic relationships that has existed in society for so long, forcing people to break up into small social groups and communicate within them. 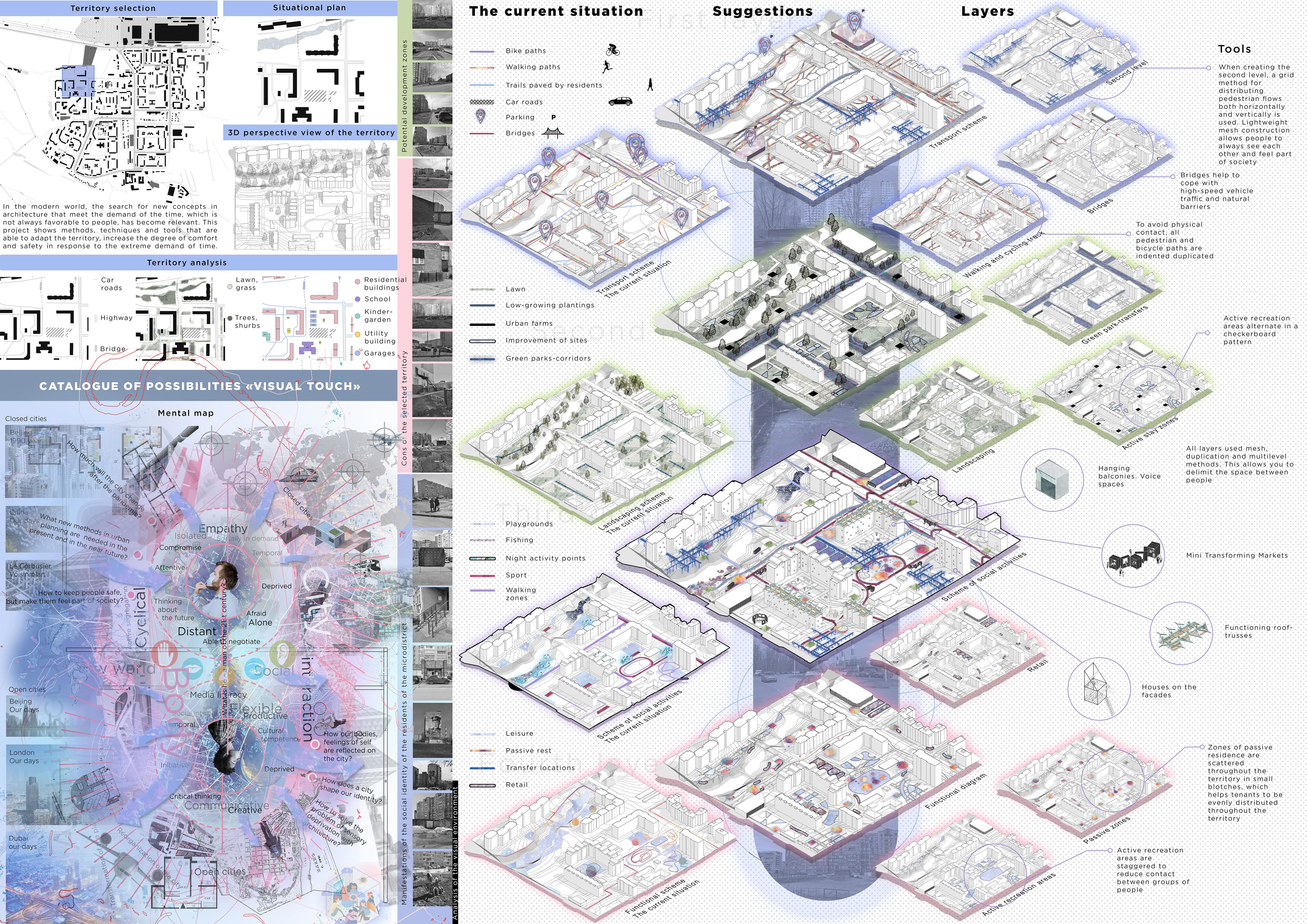 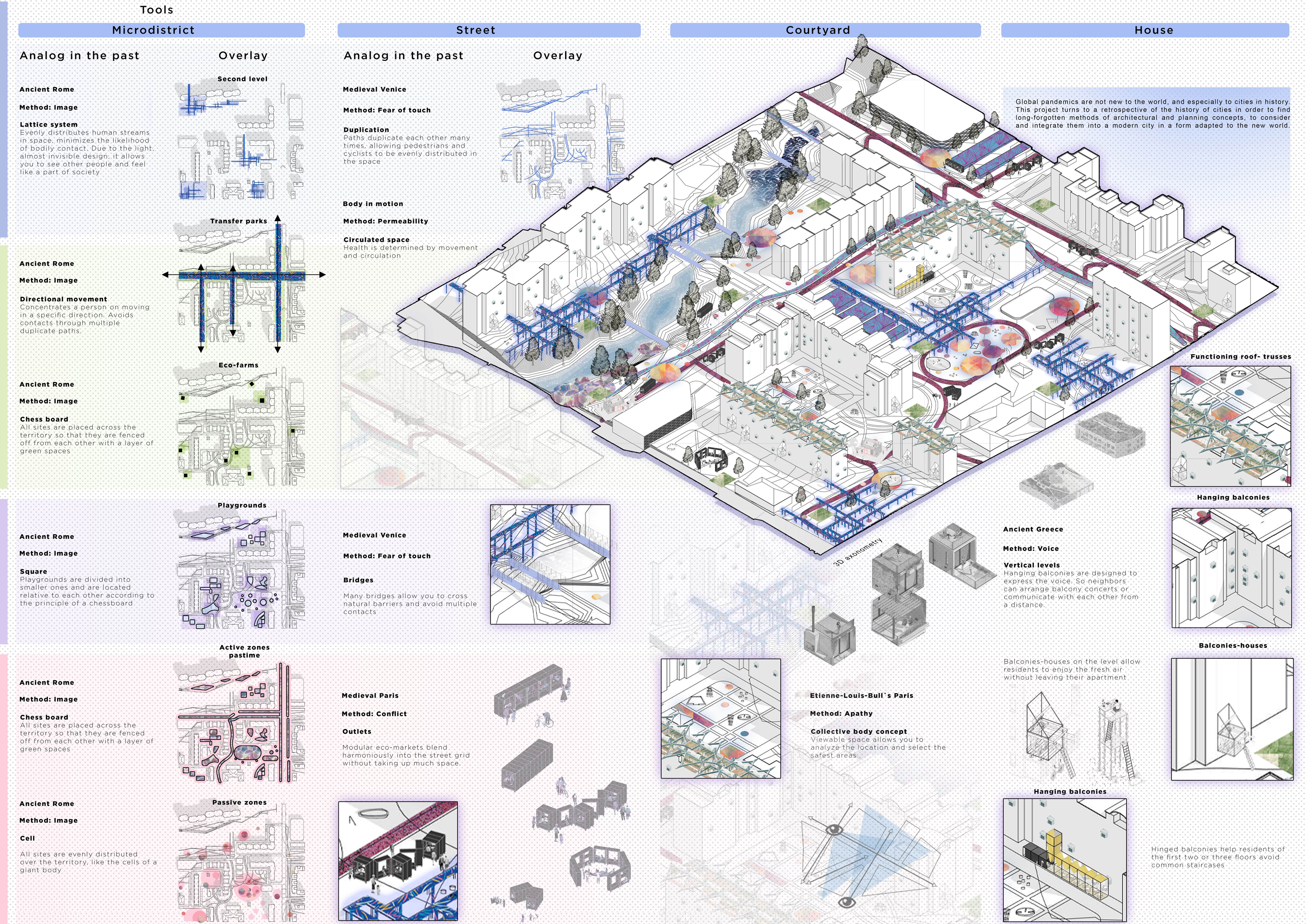 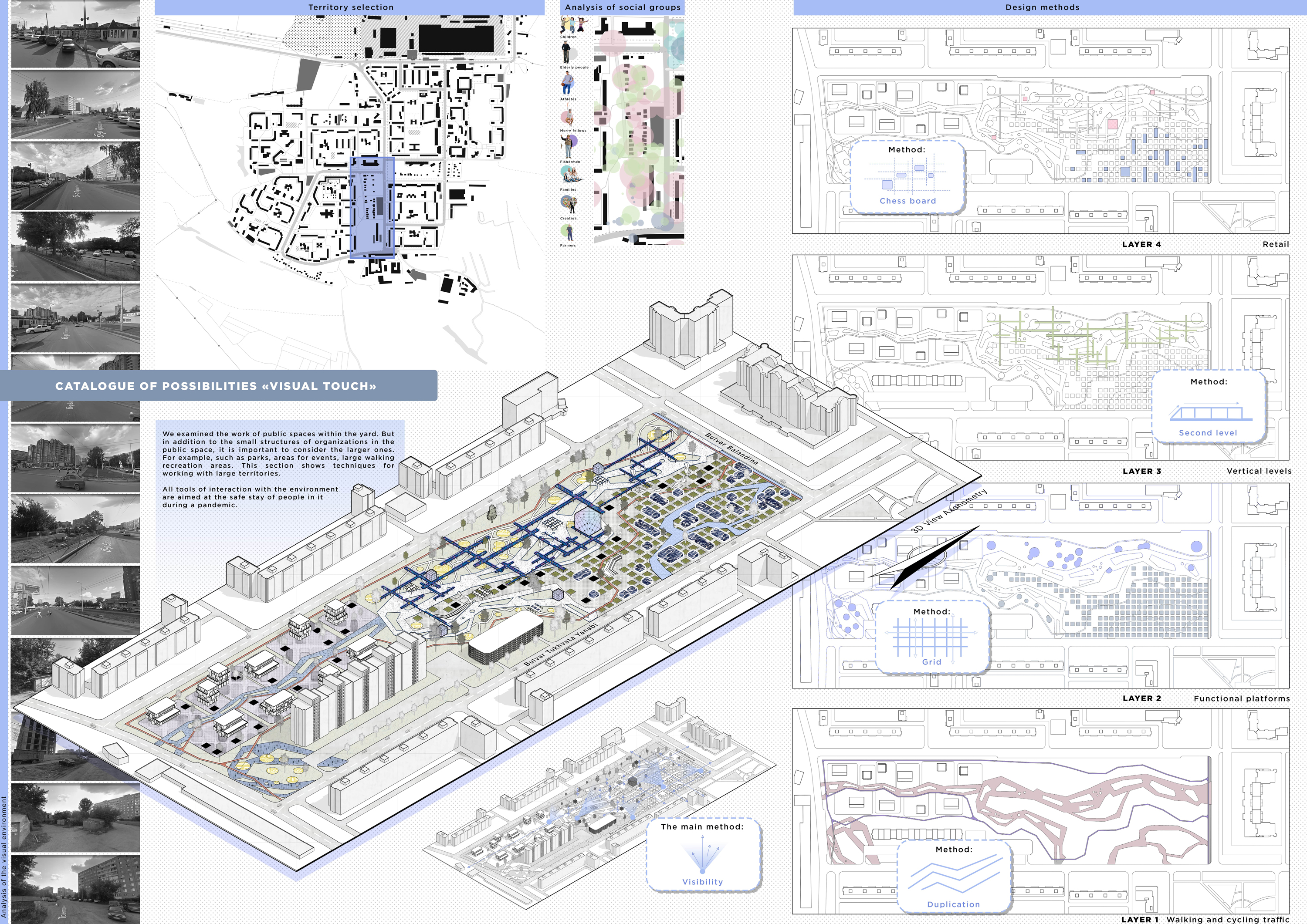