The bridge is used as an element of the road space to overtake height differences. A reinterpretation of the bridge could connect two or more buildings and thus create a new kind of public space on the upper floors. Another important characteristic of these bridges is a new perception of urban space. As a first step, this project could create a connection of uses between the floors of different buildings, such as a connection between offices. In a further development, however, this prototype could be used in public spaces within the various buildings and become part of an elevated public network in the city area. The modularity and the flexibility of the scaffolding, allow the integration of this prototype in the existing urban environment. Therefore by combining our prototypes, a lifted network system can be developed in the Viennese urban context. 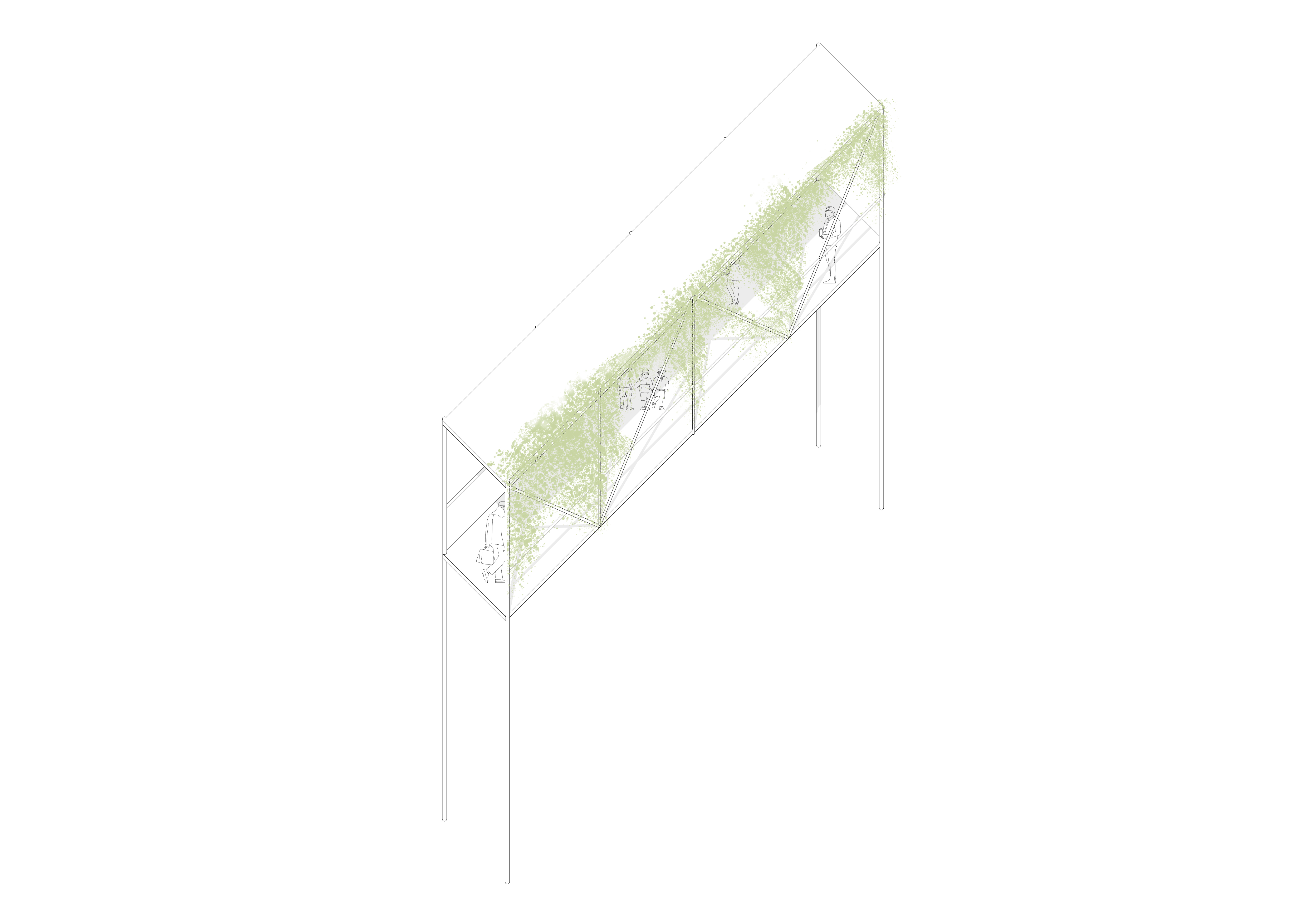 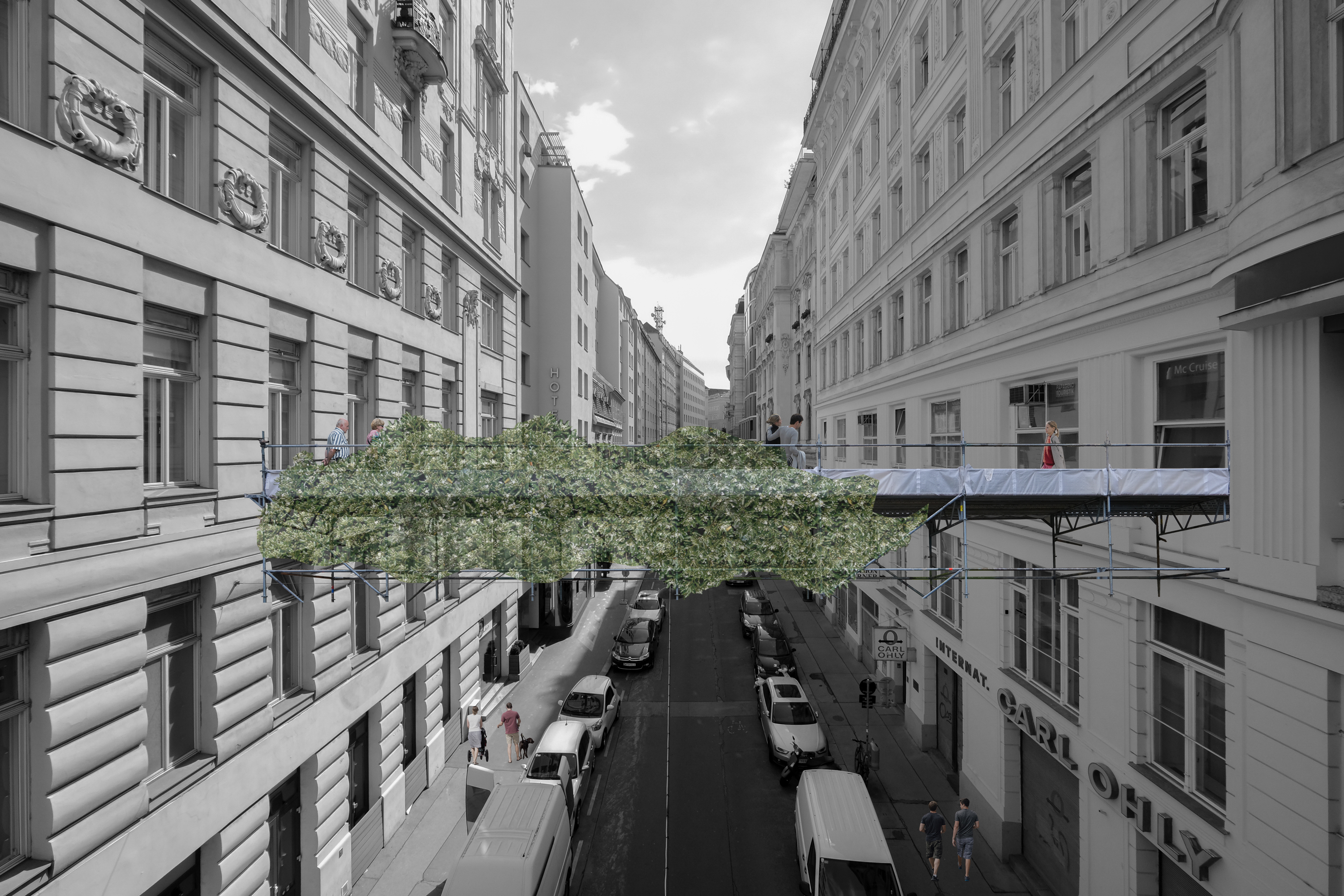