In the city, a bridge is often built over a street or a building is built over a street with a bridge cross over. Starting from such elements, the open space could also be laid over the street space. A raised platform 'stage' above the open space allows the realization of various activities and is complemented by raised stands for the public. This ensemble in the height creates a new perception of urban space, which is at the same time part of the scenography stage design. The modularity and the flexibility of the scaffolding, allow the integration of this prototype in the existing urban environment. Therefore by combining our prototypes, a lifted network system can be developed in the Viennese urban context. 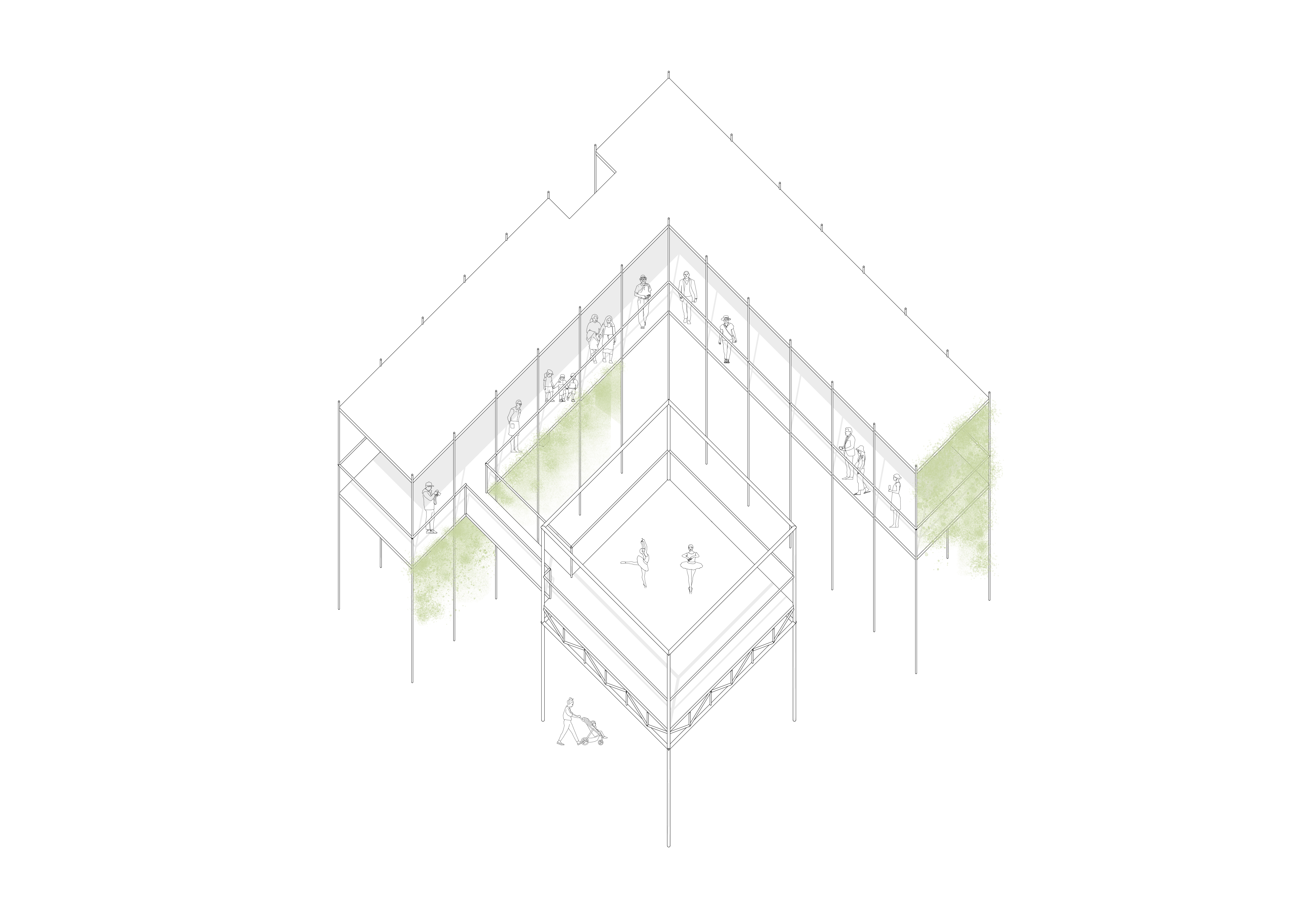 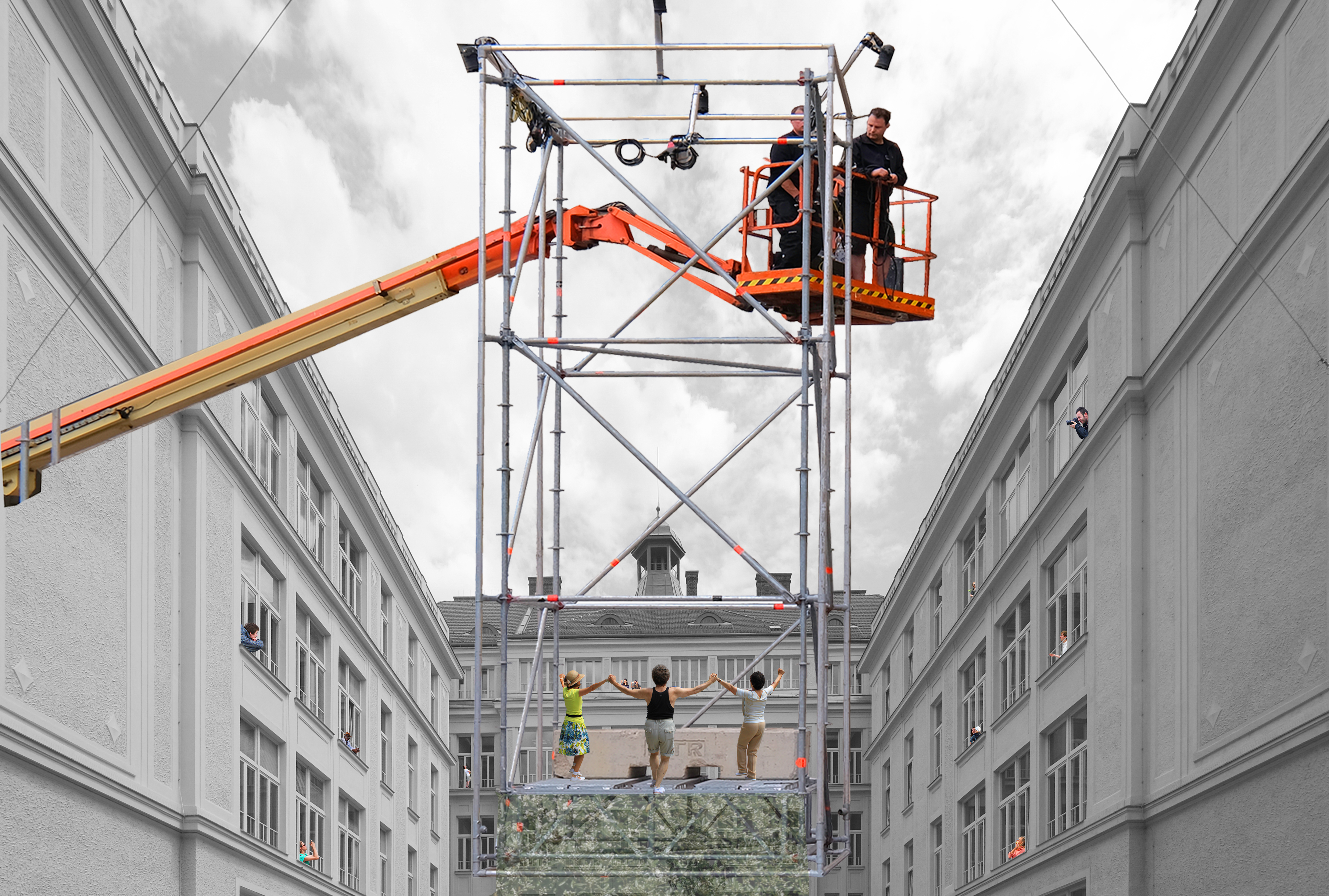