The social distancing rules in open urban spaces are looser than the ones inside. But what makes these distancing rules in open spaces so inconvenient?
We can freely meet people outside our homes and we can sit with them together as long as we keep a safe distance. But seeing someone is not enough to feel them close.
When we sit in a park with friends, the thing that makes the distance between us more present is the fact that we can’t really hear them very well. The sound is a very important factor in appreciating distance and also in feeling that someone sits or is close in relation to us.
When there is too much space between us we can sometimes barely make out what the person is saying let alone that we feel them far away.
How can we make this work in open spaces without having to use any elaborated system or technical means that would feel as an inconvenient extra step in communication?
The idea is to design something that will easily blend into the surroundings and that at the same time could passively amplify the sound.
Sound in theatres or concert halls is reflected or dispersed through acoustic elements mounted in the walls and ceiling. What if we could use some of those principles and apply them to the everyday hotspots where people hangout? When someone speaks, the sound reaches our ears and passes by dispersing afterwards.
If we, for example, sit behind a wall the sound that passes by us, bounces back and becomes louder and clearer. The same method was used before the second world war on the coast of Great Britain, where huge acoustic mirrors were built in concrete as an early warning for incoming planes.
Based on the same principle, a concave wooden object could fulfill the same purpose in the open spaces. Depending on the curving angle of the mirror, the sound can be guided to the hearer. This way the mirrors don’t have to be placed exactly behind the person, but can be kept at a distance, so that they won’t act as a separating wall, isolating them from the surroundings. Being small and light, they could stand freely on the green areas in parks where everyone can move them according to their own needs, not being fixed to any specific point. This way they are flexible and they can be freely adjusted depending on where the person wants to sit and how one sits in relation to the others.
The perception of distance is distorted and we perceive the people as being closer to us. 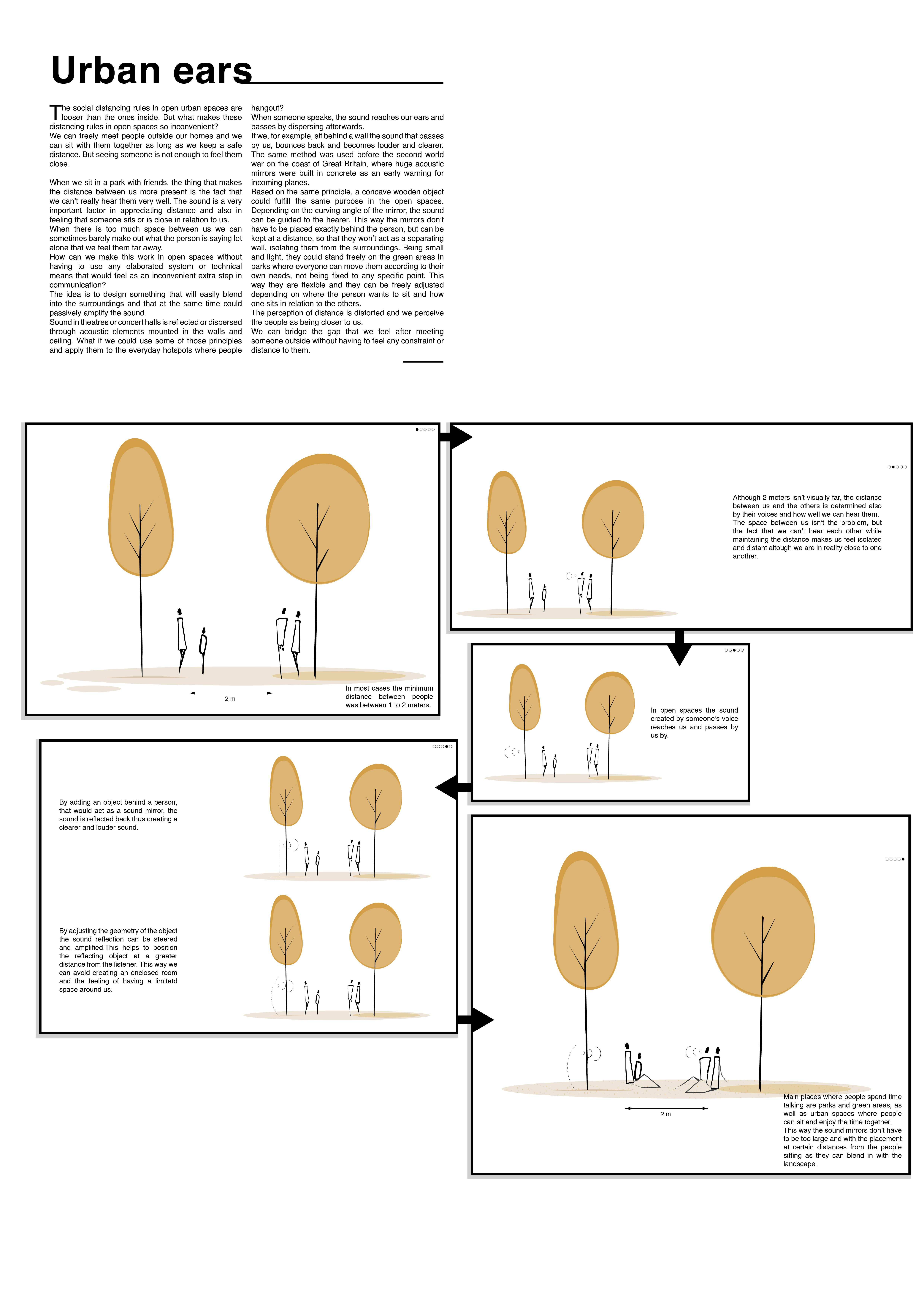 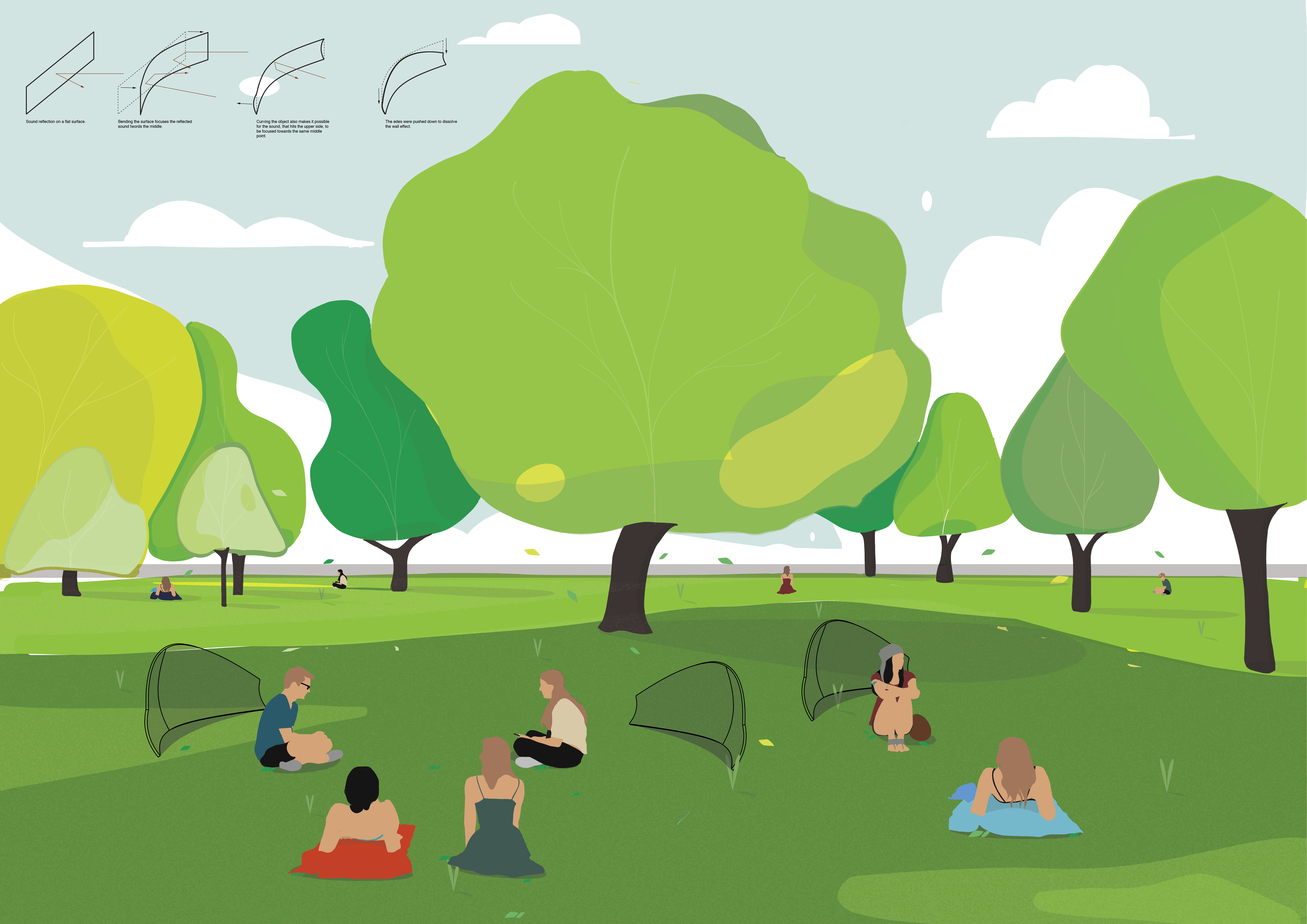