A bench is divided into two equal parts - one is situated in a public building in Tel Aviv and the other in a similar building in Vienna. The two parts are crossed by a wide screen through which one can see whatever occurred on the other side of the bench and whoever sits there and also converse with that person.
Thus created a bench that overlaps physical boundaries and allows two people located in two continents - maybe one is sitting in the lobby of “Beit Libling'' and the other in the lobby of a public building in Vienna, both having a smalltalk. The conversation creates a “close encounter”  between two people physically distant but mentally close through sitting on a bench  both virtual and tangible . 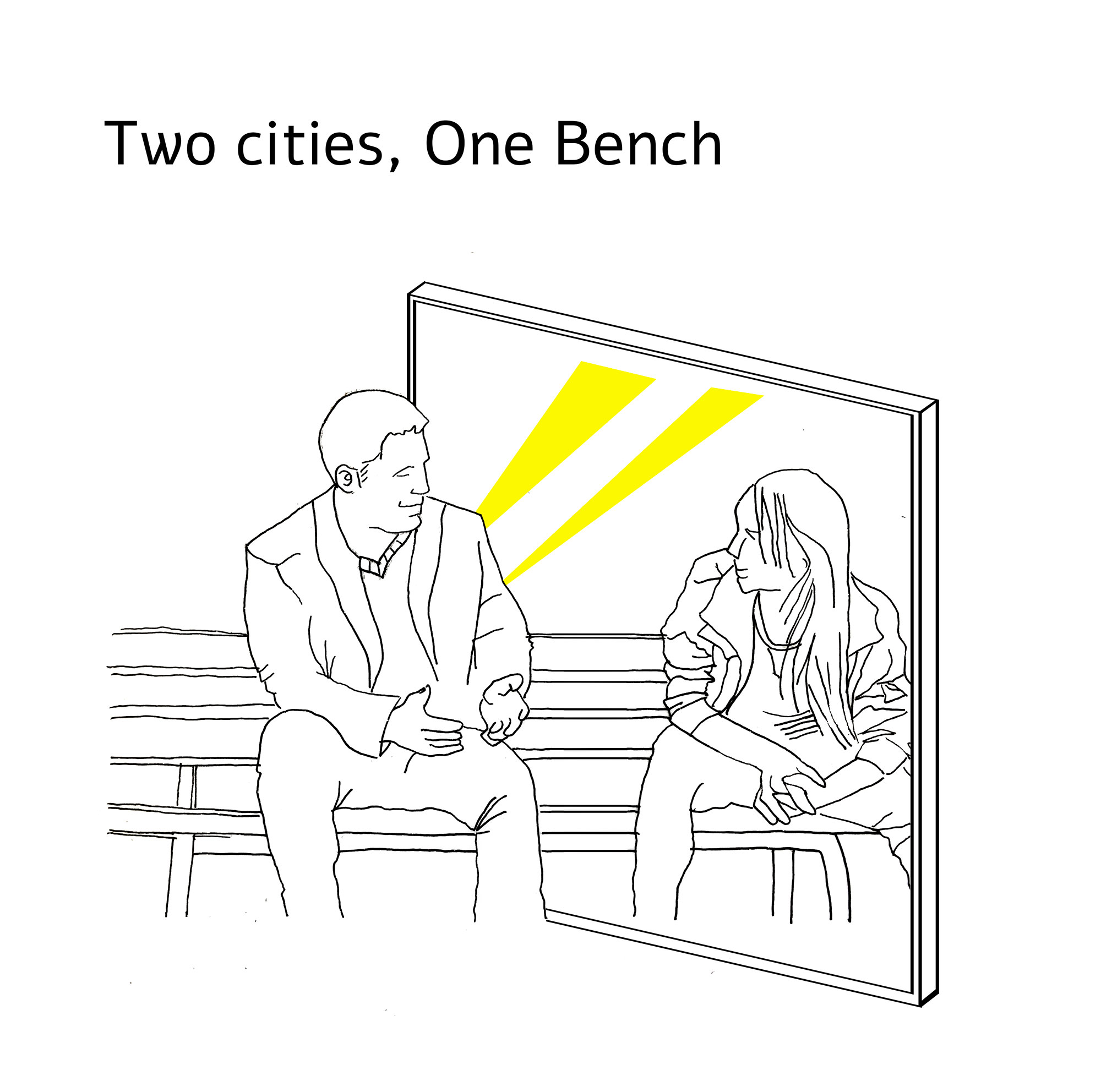