A relief from bottlenecks at the crosswalk in rush hours. By noon sun, shading a safe personal space

From the beginning of the pandemic, streets and public spaces were the main getaways from our personal, private homes. Whenever loneliness sunk in, we felt the urge to get out and wander the streets. Luckily, open public spaces appeared to be the safest places during the pandemic.

Nevertheless, the streets do obtain a few bottlenecks. We recognized the waiting for the traffic light, to be as such. That point in the city formes a collision between people with different needs, and different approaches to comprehend the pandemic: a street runner, an elderly stroller, an in-a-rush worker, etc. The 'new' normality should able unexpected meetings to occur while caring for all spectrum of users. Shade-Hopper offers an environment that ables different approaches to coexist at the same place.

The Shade-Hopper relieves that bottleneck formed near pedestrian crosswalks at peak hours, by bridging two sides of the street and keeping the movement flowing. One can always choose not to climb the bridge, and wait in a less crowded environment.

At mid-day off-peak hours, when a bridge is not necessary, Shade-Hopper addresses another important issue in the Israeli open public spaces: shading the pedestrians. The bridge then opens to its shading stage. As part of the opening mechanism, the stairs lift, and the guards, now wings, forming a personal space. Marking a safe distance with shade, spacing people 2 meters apart, while waiting before the crosswalk.

The Shade-Hopper transforms by a simple mechanism, that can be operated by a municipal technician. Two turning motions, one on each side of the bridge, will transform it from a bridging state to a shading state. Its light structure can be placed and moved around the city easily where needed. Shade-Hopper position in the public space can be dictated by users' demands and reflect the hippest places in the city. 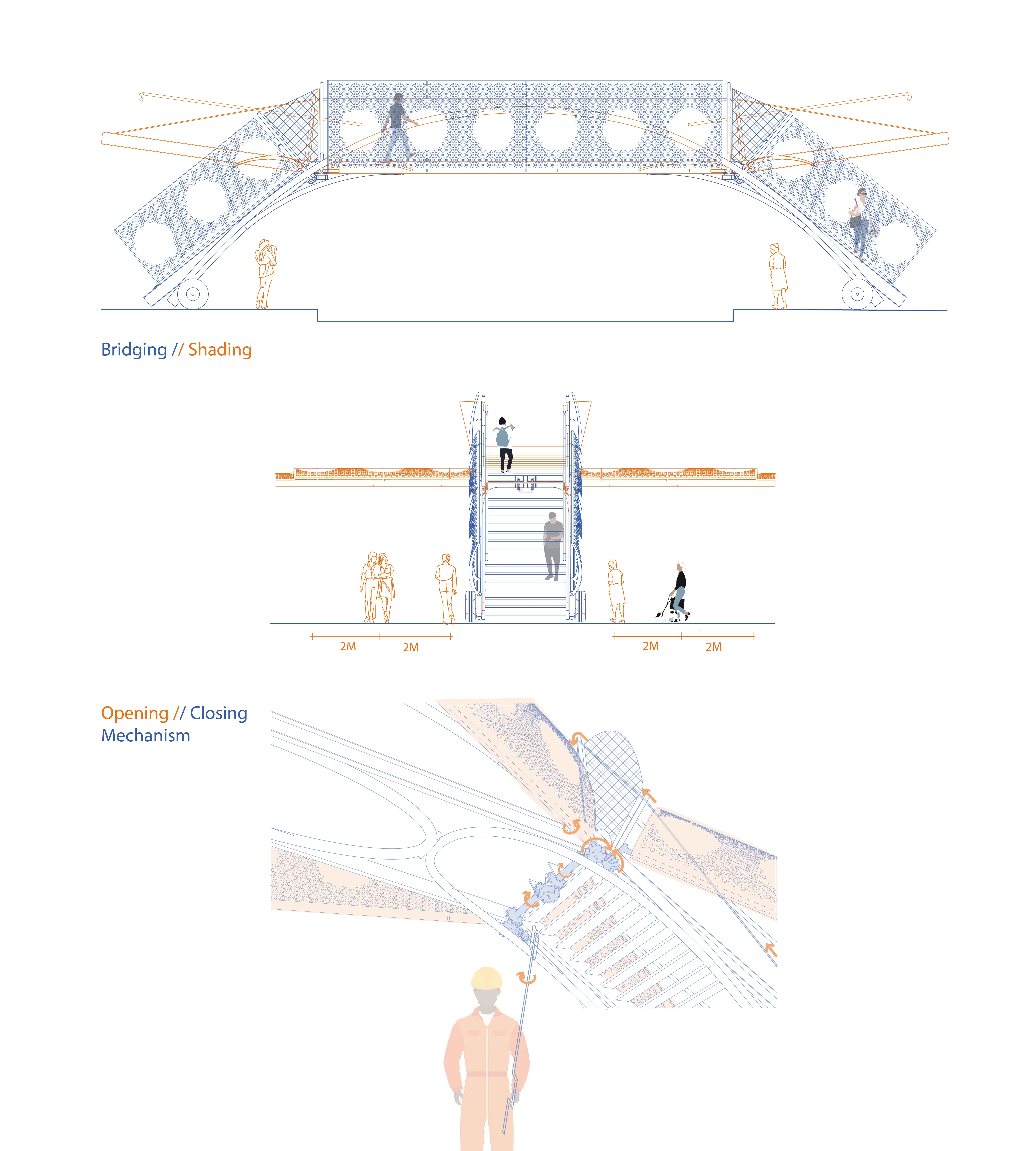