infrastructure, aiming to revitalize a social interaction between  "healthy" and "ill" social groups

A model of recovery infrastructure , aiming to revitalize a social interaction between isolated population's groups of "healthy" and "ill" in tune with nature and its safety conditions .The idea is to transform a traditional recovery’s buildings  into a biosocial platform,  entirely integrated into the landscape, where foot and cycle paths literally break through the diaphanous building, forming a naturally ventilating system. It’s penetrated structure, composed in the way to maintain a feeling of solidarity within a framework of social distance, helps to minimize the risk of contamination without disconnection of citizens ( as the broadest impact of a project). It’s  divided into open-air public sections and individual patien' s terraces, connected by plenty of passages of a multistage building system. By this way sufferers ,  especially those who are still carriers of the virus, could not be estranged  from social life as a danger agent. Being at a zone of seeing coverage, they are still active participants, not constituting more a menace for others.

Moreover, the project's impact is raising the awareness about seriosity of illness by integration a sculpture into arhitecture. The features of building wood patterns, illustrating  the fragility of human life disappearing without leaving a trace, like the lives of millions killed during a pandemic, can inspire a population to take care of each  other, enligner the true life values and appreciate people surrounding us.

Considered to be located in the heart of public spaces, like city park, a caring structure also can make a contribution to the mental and physical health advancement of suffered from Covid-19, hastening their rehabilitation . Its calming surroundings dive a sense of oneness with nature, unifying "healthy" citizens and patients in the need of natural energy and harmony resources.

*It's worth to say it's also a protest against a barrieres, frames and walls of traditional protecting practice of  hospital’s architecture, which during the pandemic revealed unable to stop the spread of a disease, but capable to aggravate a destruction of a fragile social communication. 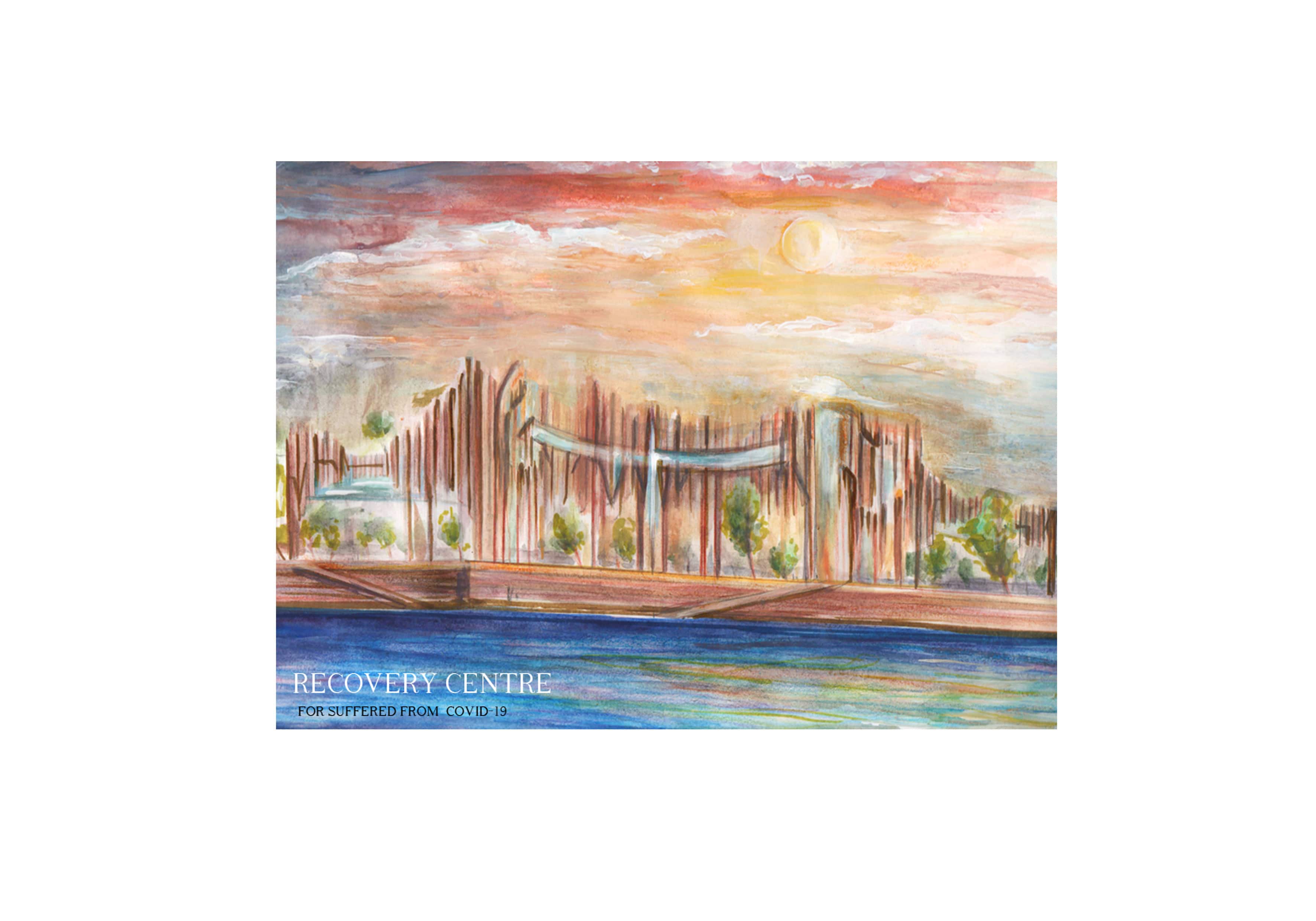 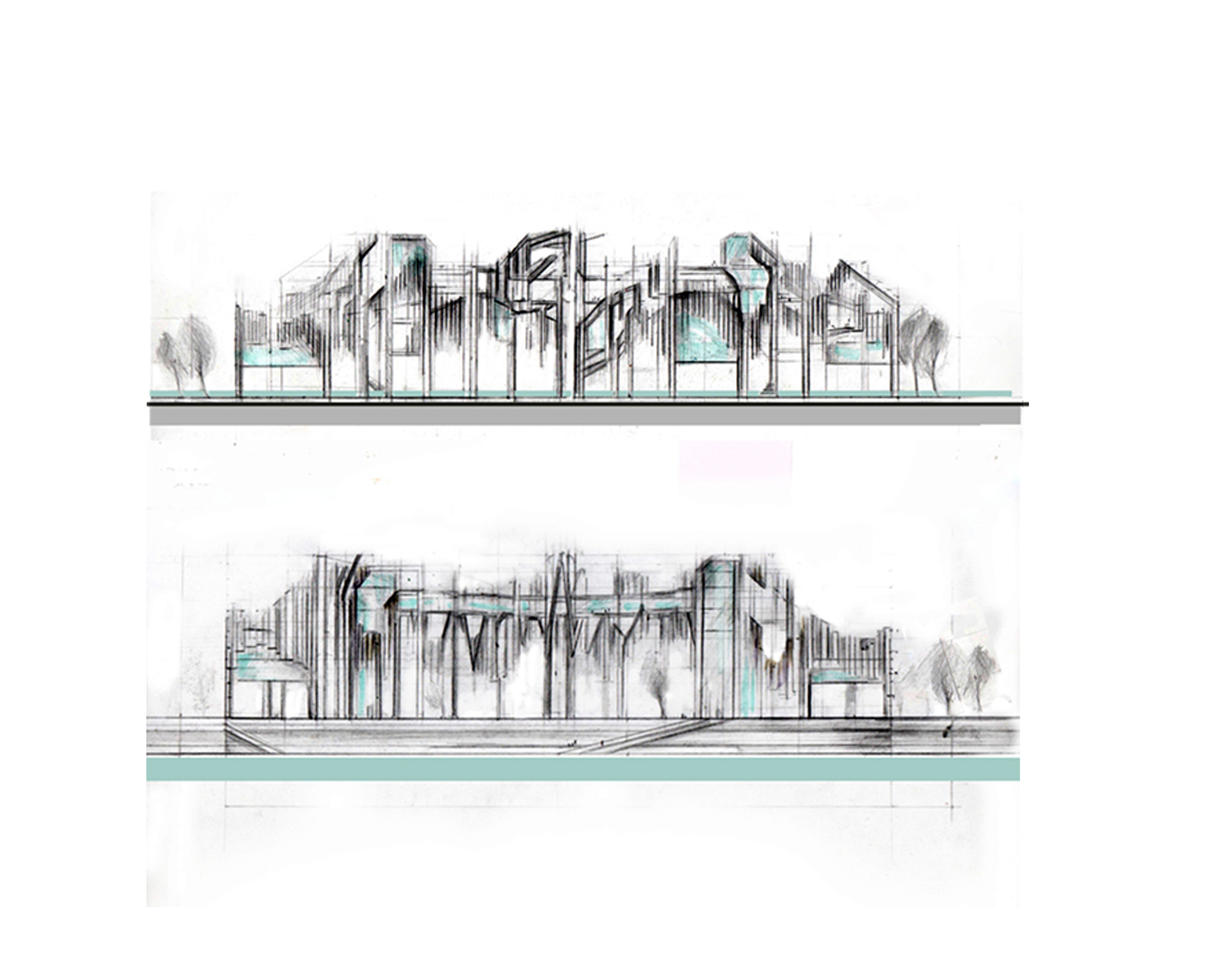 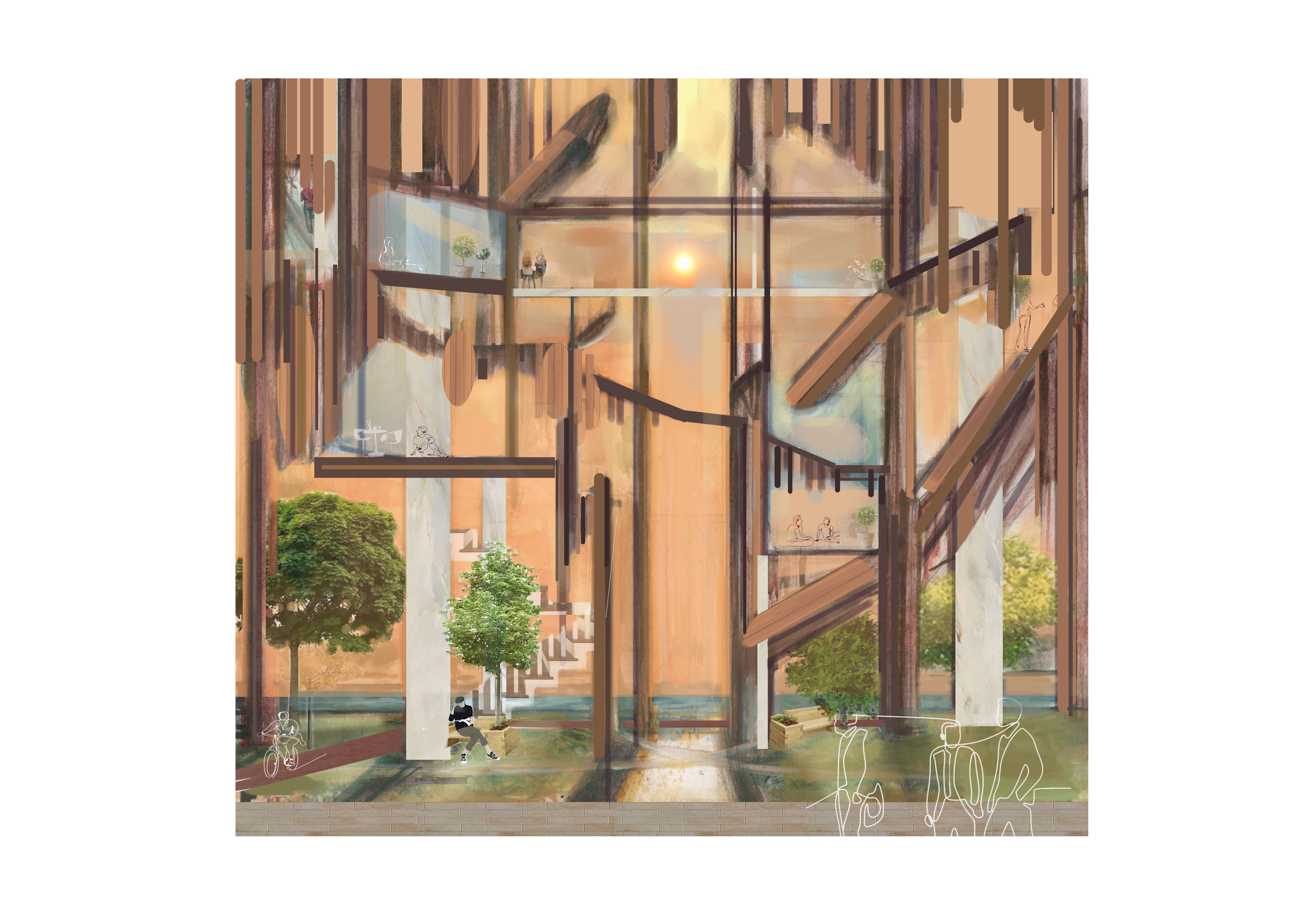