A need to liberate the parliamentary podium!

„The forms of democracy are nothing other than the forms in which this ternary mechanism manifests itself. There is democracy if there is a specific sphere where the people appear. There is democracy if there are specific political performers who are neither agents of the state apparatus nor parts of society, if there are groups that displace identities as far as parts of the state or of society go. Lastly, there is democracy if there is a dispute conducted by a nonidentary subject on the stage where the people emerge. The forms of democracy are the forms taken by the emergence of this appearance, of such nonidentary subjectification and conducting of the dispute. These forms of emergence have an effect on the institutional mechanisms of politics and use whatever mechanisms they choose. They produce inscriptions of equality and they argue about existing inscriptions.” - Jacques Rancière, Disagreement: Politics and Philosophy. 1999

Public space is currently only so within the confines of state violence and consumerism. To resist consumption, or to dissent from the societally hegemonic norm of white male cis human means to be denied all agency within the public sphere. To appropriate public space away from consumerism and ensure the possibility of life without restrictions then goes hand in hand with a radical transformation of governance into a decentralised, fluctuating space of continuous discourse:

the parliamentary podium is wheeled out of the historical assembly hall within the pristine white halls of the parliament building. The new parliament is then the new flexible infrastructure of explicating various political discourses, anywhere and everywhere. A remnant of representative democracy, freed from its white shackles, made into a symbol of an ever-evolving democracy that gives agency and power to those concerned.
In this decentralised space, we can recognise dispute as a positive aspect of continuous discourse and can reject artificial harmony as an accepted norm that perpetuates outdated ideals of democracy.

We have only started to understand and define what democracy can be. It seems clear that it should always and fundamentally include its own continuous renaissance to assure an adaptability to new challenges and to all human and non-human entities. In this way, we can form a truly democratised and democratising form of governance.

And if nothing else the podium can serve as a privacy screen for a safe piss liberated from consumerism. 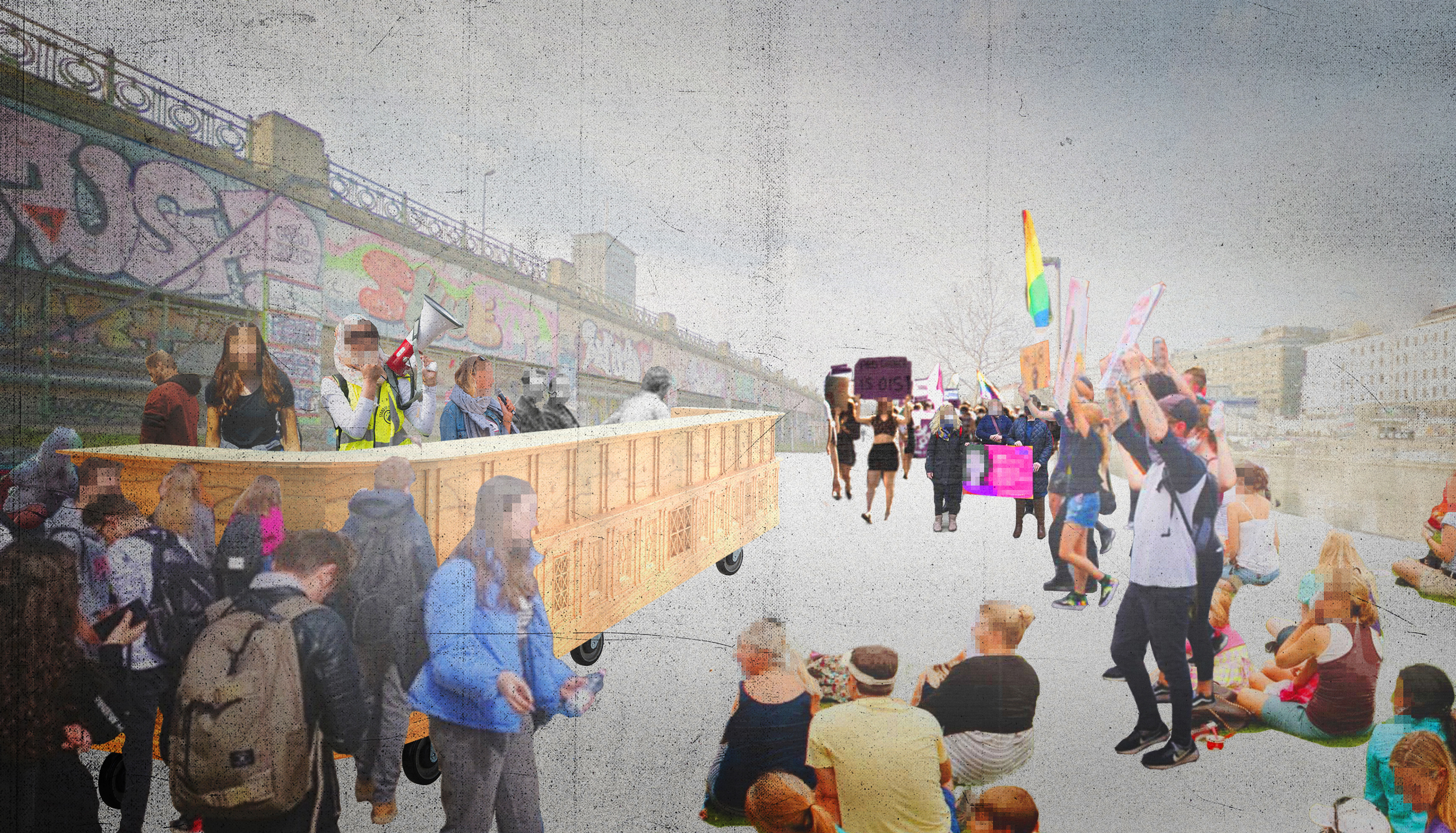