A playset that could be easily installed on existing street furniture in areas with no pla for kids.

During the pandemic, lockdown and movement restrictions were extremely challenging to parents, who had to stay home with their children. The need for available playgrounds became critical.

The Problem:
The city of Tel Aviv, as any city, was built in different historical periods and had to accommodate a growing population over the years and an increasing past of life. Often, the initially planned infrastructure cannot meet the needs of the modern population. Kerem Hateimanim Neighborhood was initially built in the first decade of the 20th century as a network of narrow streets. Today many families with kids live in the neighborhood. In the time of the Covid 19 pandemic, most of the population did not have access to green areas and playgrounds.

Another neighborhood which suffers from the same problem is Florentine, which was established in 1927. In recent years, many young families with kids moved to the area, adding kids to the already naturally growing children population in the area. Except of Droianov park, there are no green spaces or playgrounds for the kids within 100m.

The Solution:
A "Pop Up" Playground; Designing a portable and safe park playset, which could be assembled on top of existing street furniture. Since the playset will be lite and portable, the same public area could service a variety of populations: In the morning, for example, it could serve as a resting area for adults and in the afternoon as a playground for children. The same Pop up Playground could service a number of neighbourhoods in different parts of the day. This economic solution can help the city to service densely populated urban areas in which it is impossible to build new playgrounds or green spaces.

The playset will be installed safely and will arrive with a flexible safety mat which can fit a variety of areas and conditions. The playset is made of lite aluminium pipes, printed PVC and molded plastic, that can be easily sterilized before installed in different locations.

All together, the pop up playground will bring relief to the quarantined families of the neighborhood and create a solution for the city's municipality. 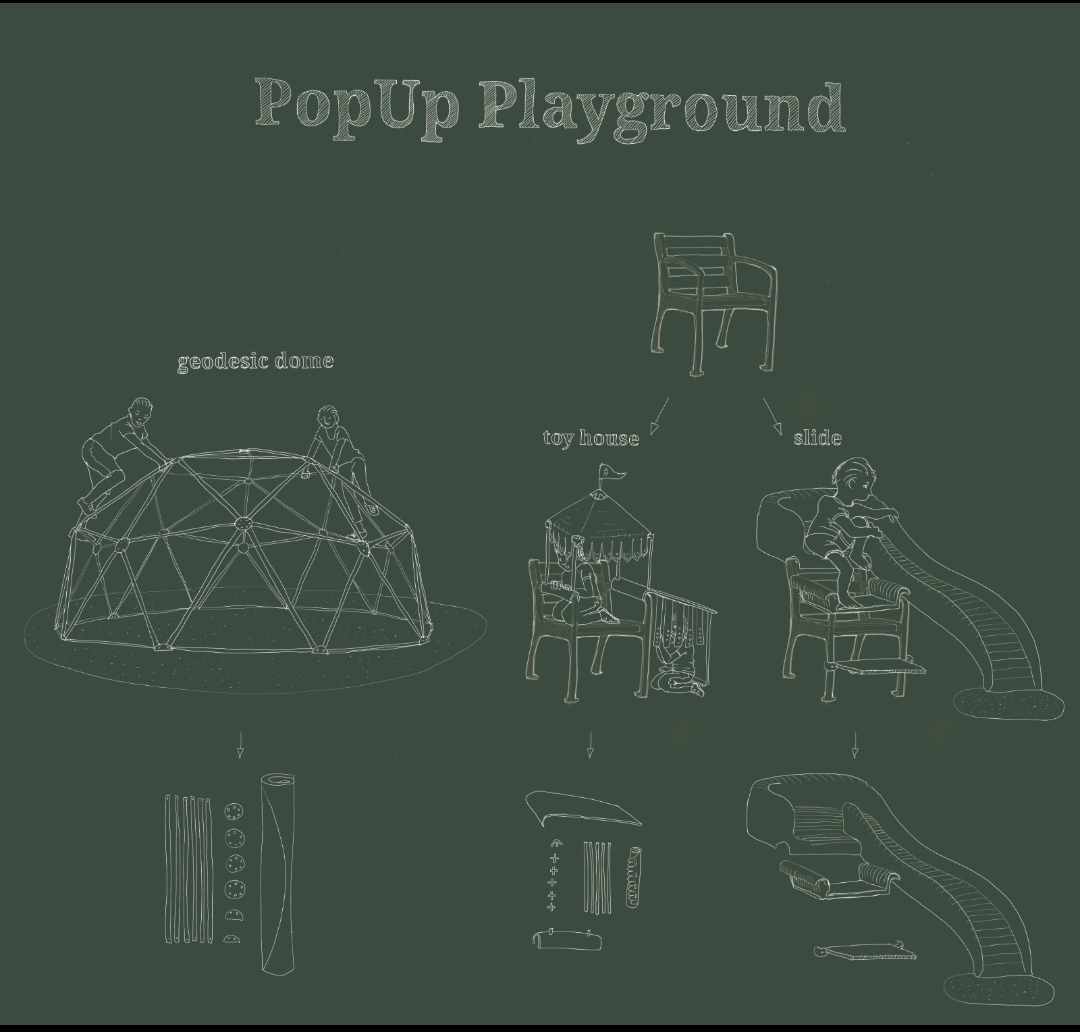 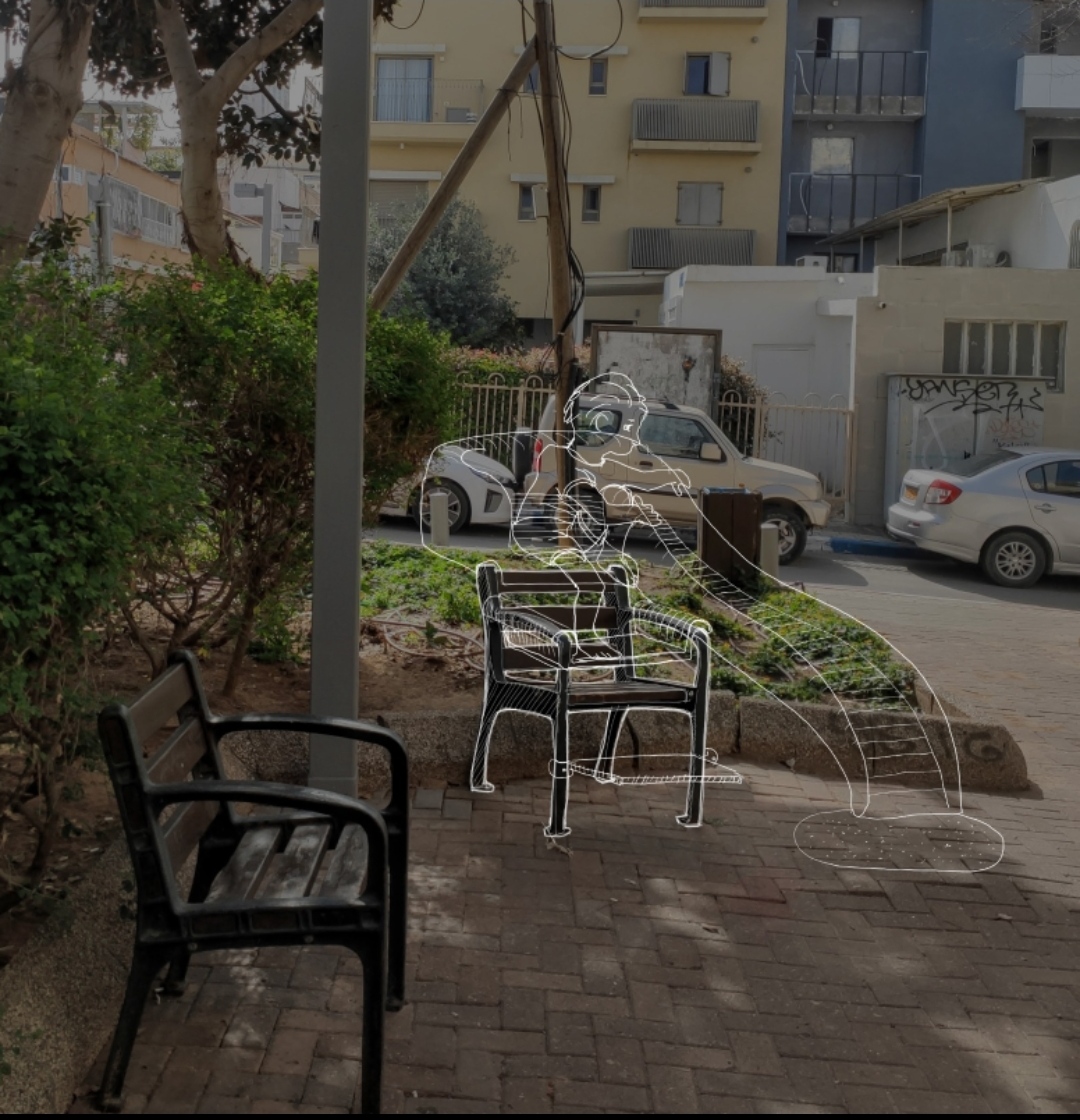 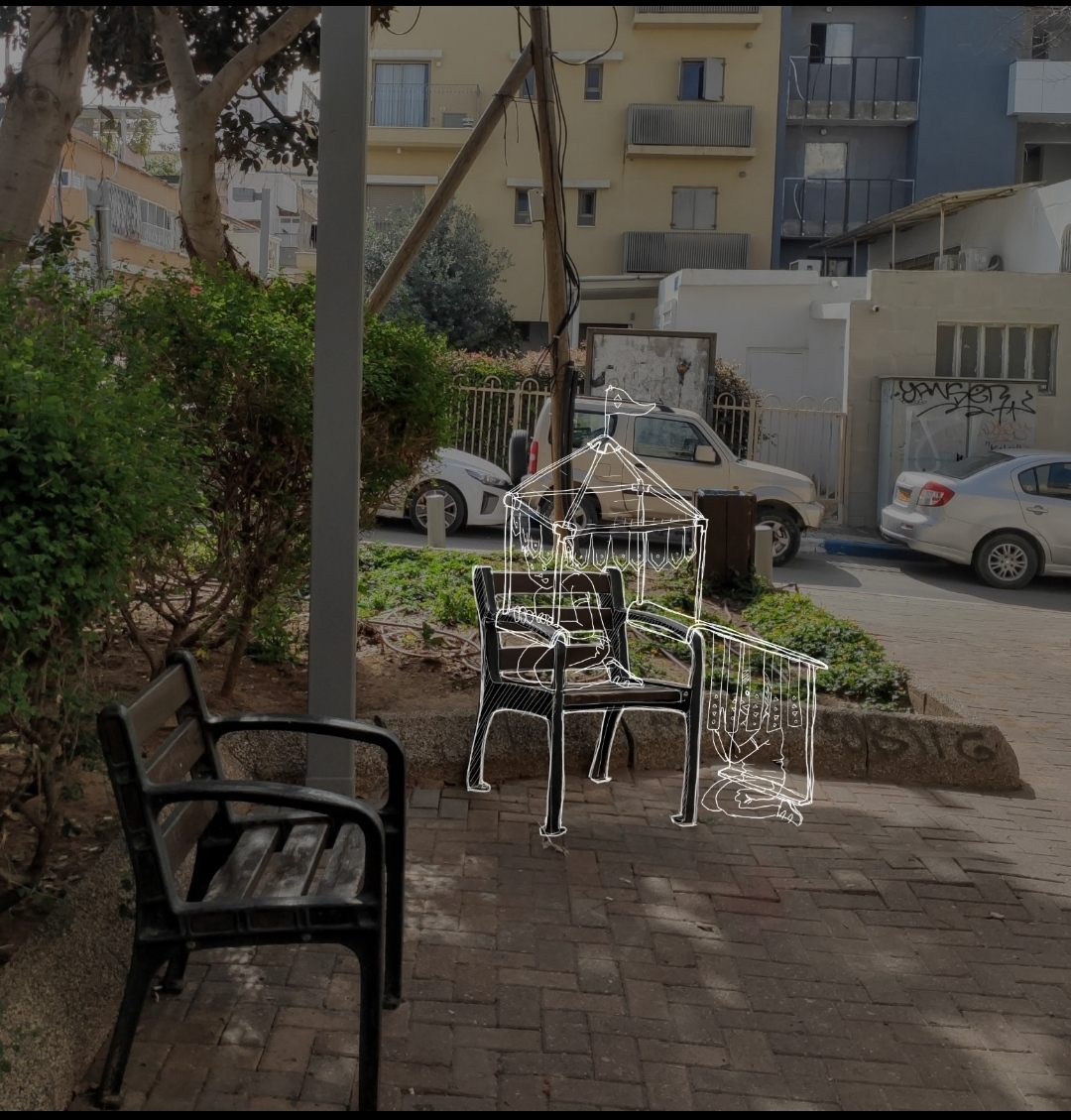