Till now all the proposed models are based on a static solutions; generally people are confined in a given space but, as we know, daily reality is much different.

Is it possible to imagine a dynamic model enabling interaction thought social distancing?

Physx placed in front of Rotterdam central station, takes inspiration from the space-time net, where an astronomical body bends the spatial network around it defining an “area of interest” depending on the mass and the gravity that generates.

The installation consists in a tight tend surface, made of an elastic fiber, raised from the ground of about 50cm. Once a person step on the membrane, this one absorbs the pressure, bending  in a depression-like valley. The membrane stretches and reveals the inner fibers that are in different colors. Automatically a colored “safe zone” of 1,5m with different intensity is generated around the person, defining the distance that should be kept while interacting with the other people.

When people get close to each other, the personal areas start to blend together showing that the measures are not respected. Thanks to the different colors of the fibers it is also easy to understand what’s the grade of danger people face standing next to each other.

In the future it will be still relevant to the people enabling them to visualize the relation with each others. People will be able to define their personal space and what practically means to interact with others. Physx will have a broad spectrum of usage, from a dynamic playground to a dance floor.

The project is in prototyping phase. Since its conceivement it evolved significantly. Initially it was based on a “to-be-invented” special membrane which, unfortunatelly, has not been possible to make. The new prototype is made out of 2 different membranes: a lower, very compact elastic red mesh and an upper white one whit much larger mesh. The 2 are separated by a few mm. As soon a person step on the membranes these, absorbing the pressure, touch each other and the larger white meash, opening up, reveals the red fiber beneath. Thanks to this physical principle a colored area fading from dark red to more pale one till eventually to white forms around the user.
Since it is all based on physical actions, Physx, doesn't need any electricity to function. It can be installed whether indoor as outdoor and will work the same way under every weather condition. 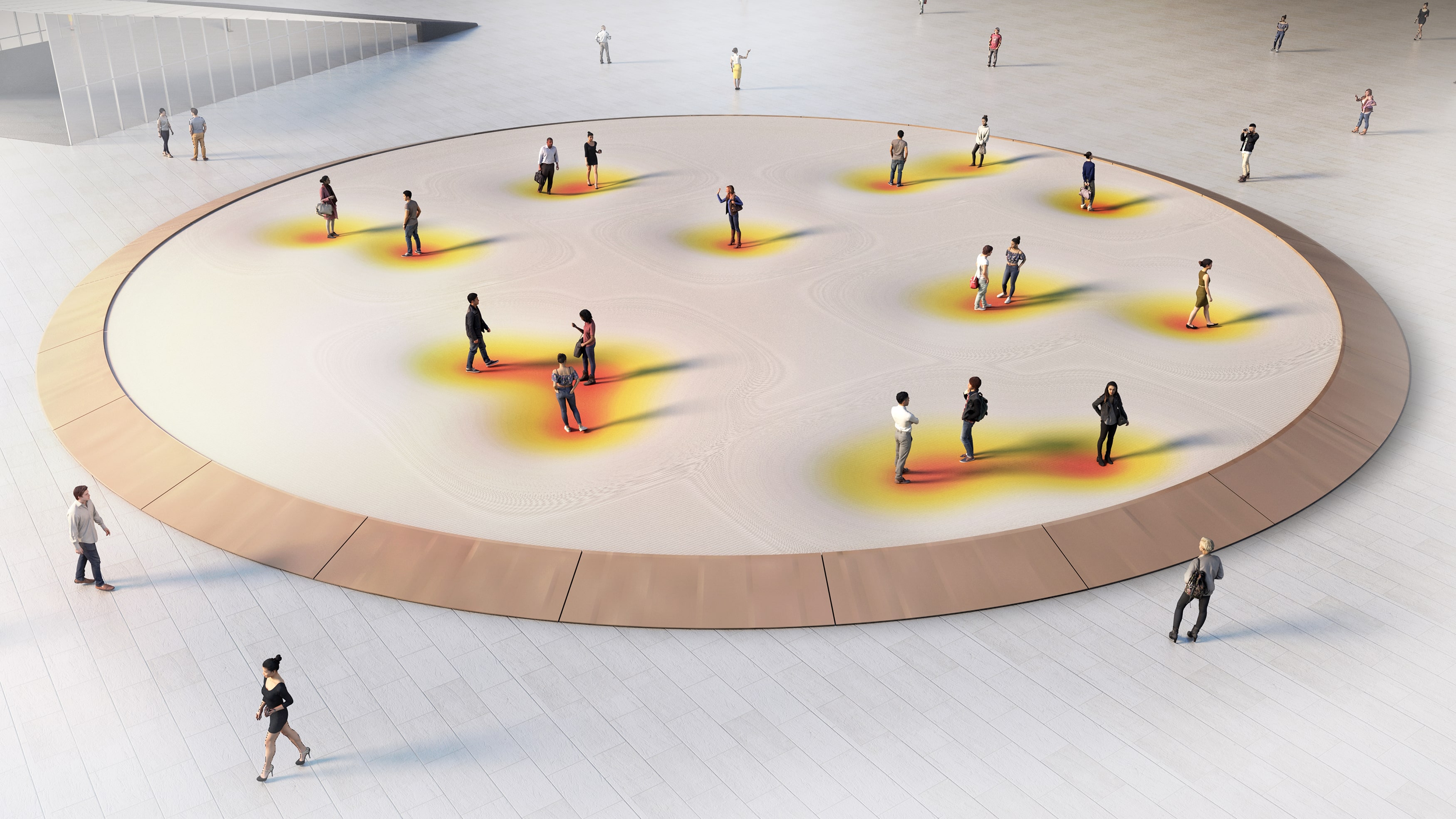 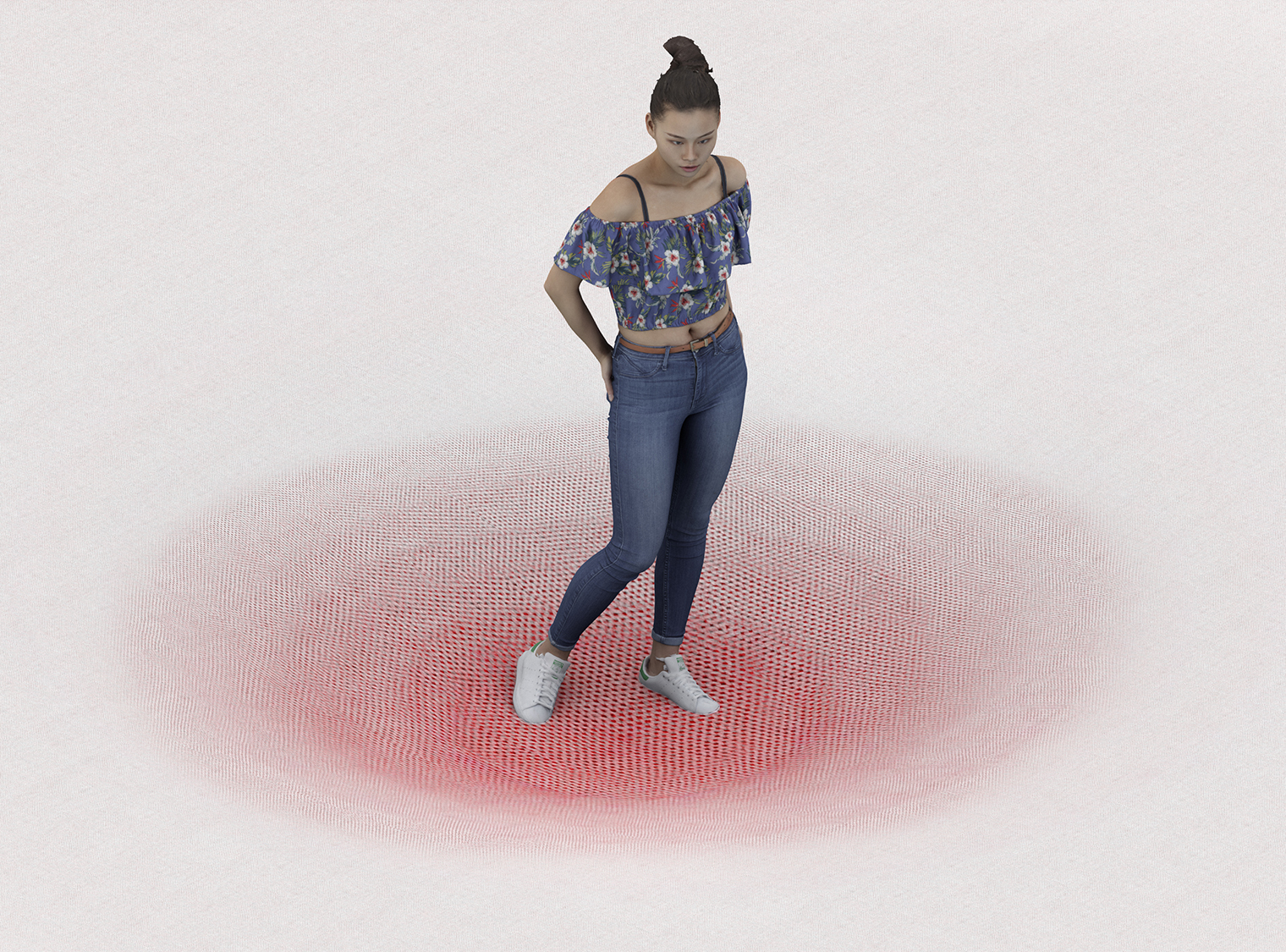 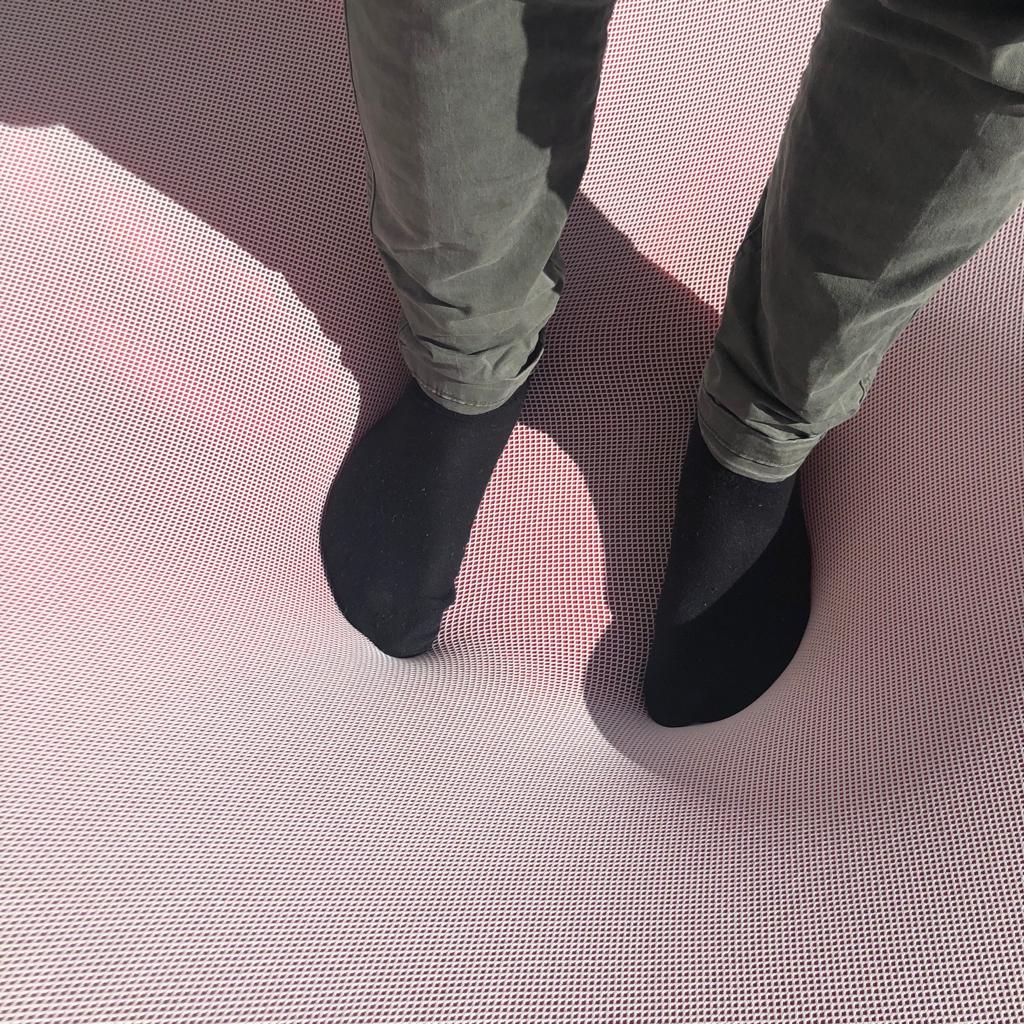