The Perce-scope - questioning the perception of distance in times of reduced physical contact ...

In times of reduced physical contact, the Perce-scope, questioning the perception of distance, reintroduces the concept of the visual (emotional) human remoteness vs closeness. The idea behind is to bring people closer to each other in pandemic times and keep reminding them of the importance of it in the post-pandemic future. The Perce-scope would serve as an extension of the public space in this “new” normality, in which we had to adapt and change a lot. One thing that for sure not only stayed the same but certainly grew bigger is the people’s need to meet and interact with their families, friends, loved ones. During these times as an extension of the public space creates a visual interaction of space, voices, atmospheres, emotions, memories… a grandmother and her grandchildren, two neighbors, friends, strangers. And in the post-pandemic period becomes a witness and most importantly a trigger of reconsideration and appreciation of the “ordinary”, “normal” and all that we always used to call LIFE. The project's outdoor shell is a platform where people can put down their thoughts, gratitude, messages, stories and share that with the rest.
The strategy for the implementation of the project in physical space is a small social experiment based on which we chose the environments. We have visualized two different characters of public space while targeting different users and the possibilities of their interaction. One location is a residential courtyard as a residential neighborhood offering closer interaction mostly of the residents and the locals and the other location is an open city public space where the project becomes a social medium in more diverse connotation.
The object’s construction bearing part consists of timber frames in a cubic form covered with waterproof plywood to which are attached two mirrors in the effect of a periscope. The whole structure is placed on adjustable metallic legs depending on the surface beneath. The outdoor surface of the object is painted with yellow chalk paint and serves as an interactive space for expression of feeling, sharing of thoughts. The dimensions of the parallelepiped are 5m x 1,4m x 2,3m. 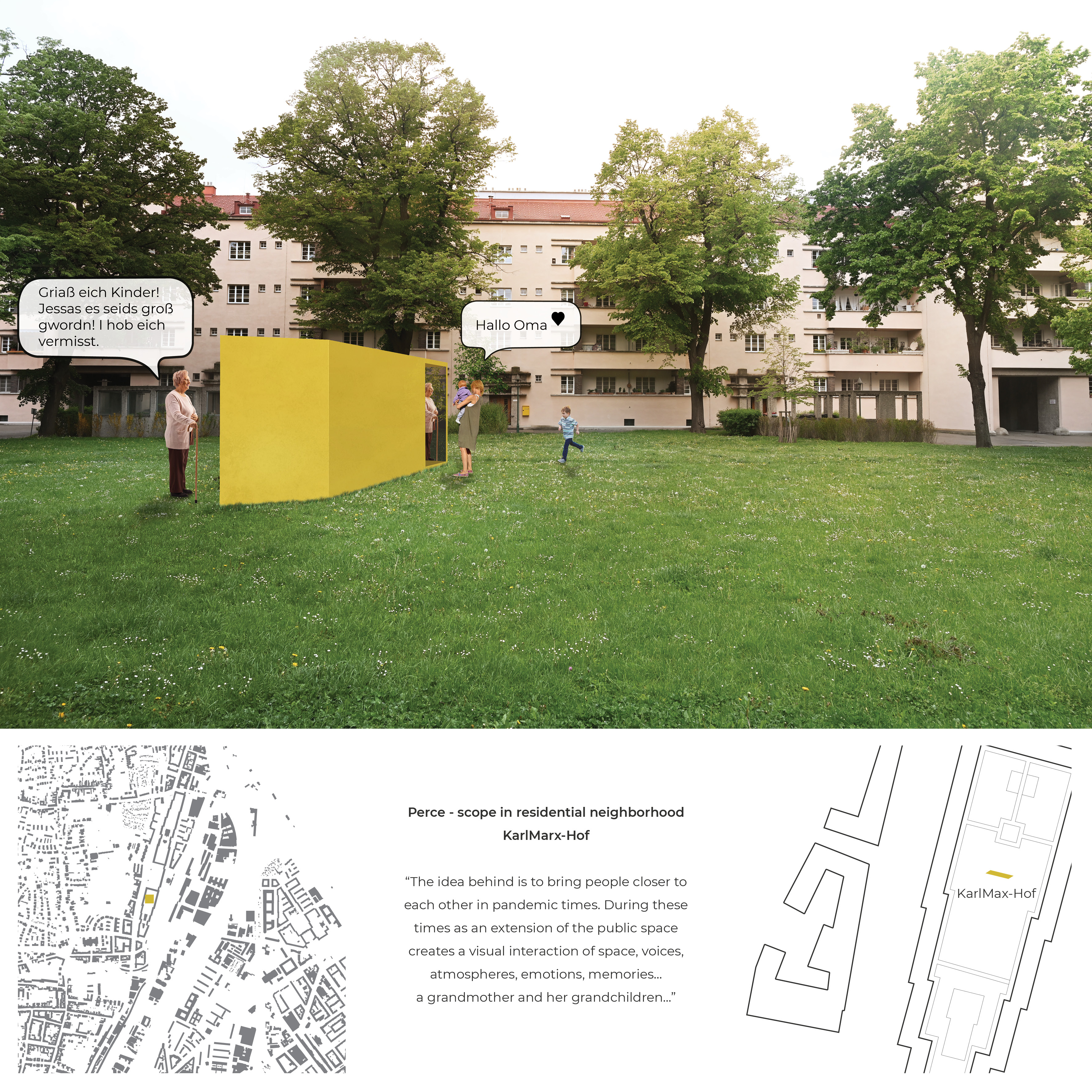 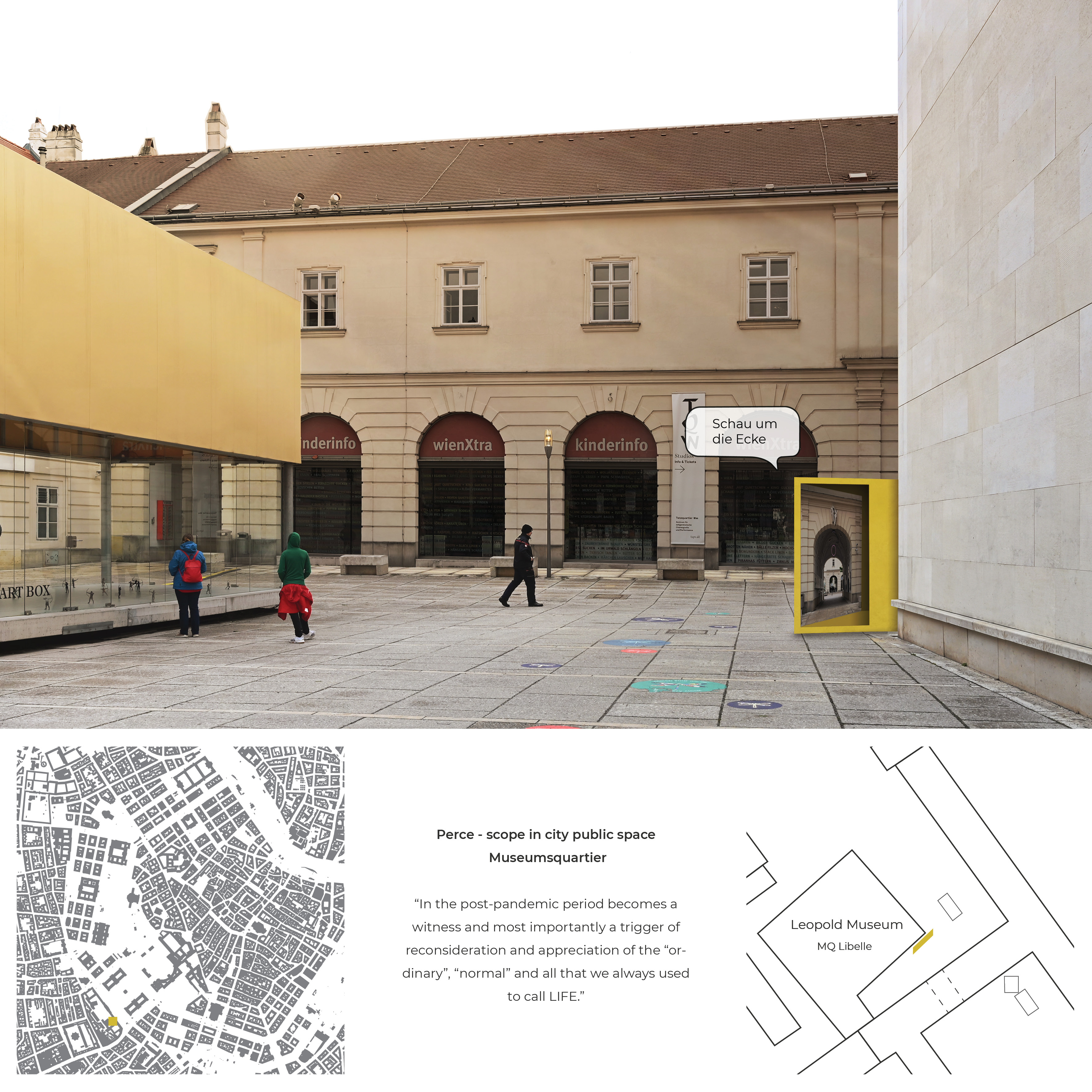 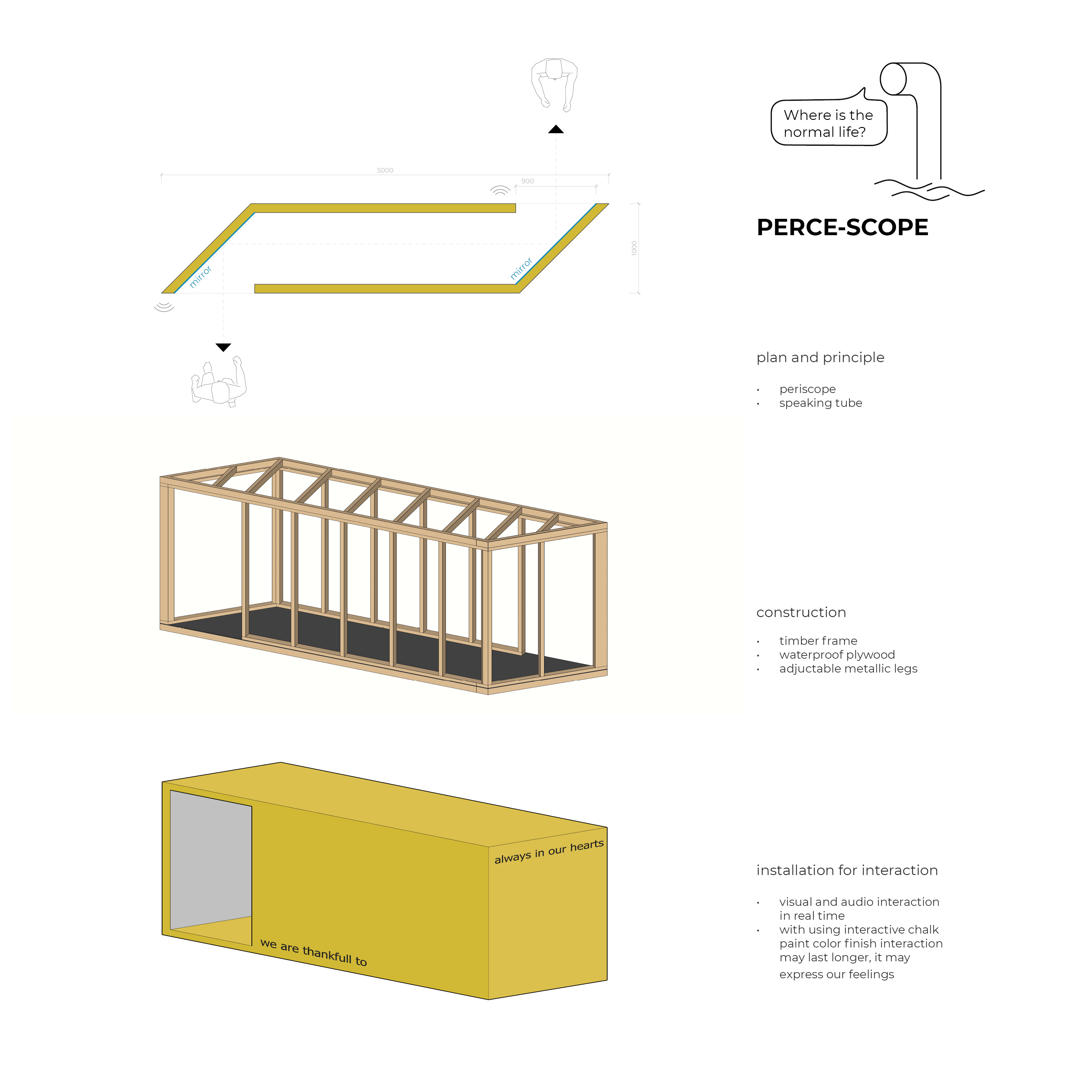