Exchange. Of proximity. Of opinion. Of culture. Of air. Of goods. Of services. Exchange is giving and taking. Not only as a change of mentalities and material things between two individuals. Also as change of conditions. As perceptible dynamics and flow in the everyday.

In a limited environment it becomes all the more clear how important own action and resonance of the outside are for the individual. So how and in which areas would it be possible and desirable in the here and now as in a distant utopia to dare more interplay? And thus to rethink private and public/inside and outside/house and open space/city and country/...?

The present work sees an opportunity in the creation of temporary or long-term exchange zones according to current needs. In ever new processes of negotiation, the spaces of the city and the landscape can be determined in order to enable the community as well as the individual to deal meaningfully in and with the environment.

To this end, everyone is granted equal rights to the city in theory and an equal share of (open) space in practice. The resulting spatial units (=PopUp plots) can be individually planned according to need and can be transformed into open, connected or closed, isolated modules. The small structures are intended to respond more flexibly and quickly to upheavals (currently the pandemic, but also socio-economic and ecological challenges in general).

The modules can create extremes within themselves, but as a link in the space as a whole, create equilibrium. So, for example, at the local scale, the concept promotes PopUp Housing in public spaces and PopUp Economy in private homes. On a regional scale, the principle can be further thought of as PopUp-CityCulture in rural areas and PopUp-AgriCulture in urban environments. Fundamentally, one's own area of responsibility does not end within one's own four walls - rather, the outside can be taken possession of through private activities. The inside, on the other hand, is no longer a closed sphere but becomes part of the economic and service society. 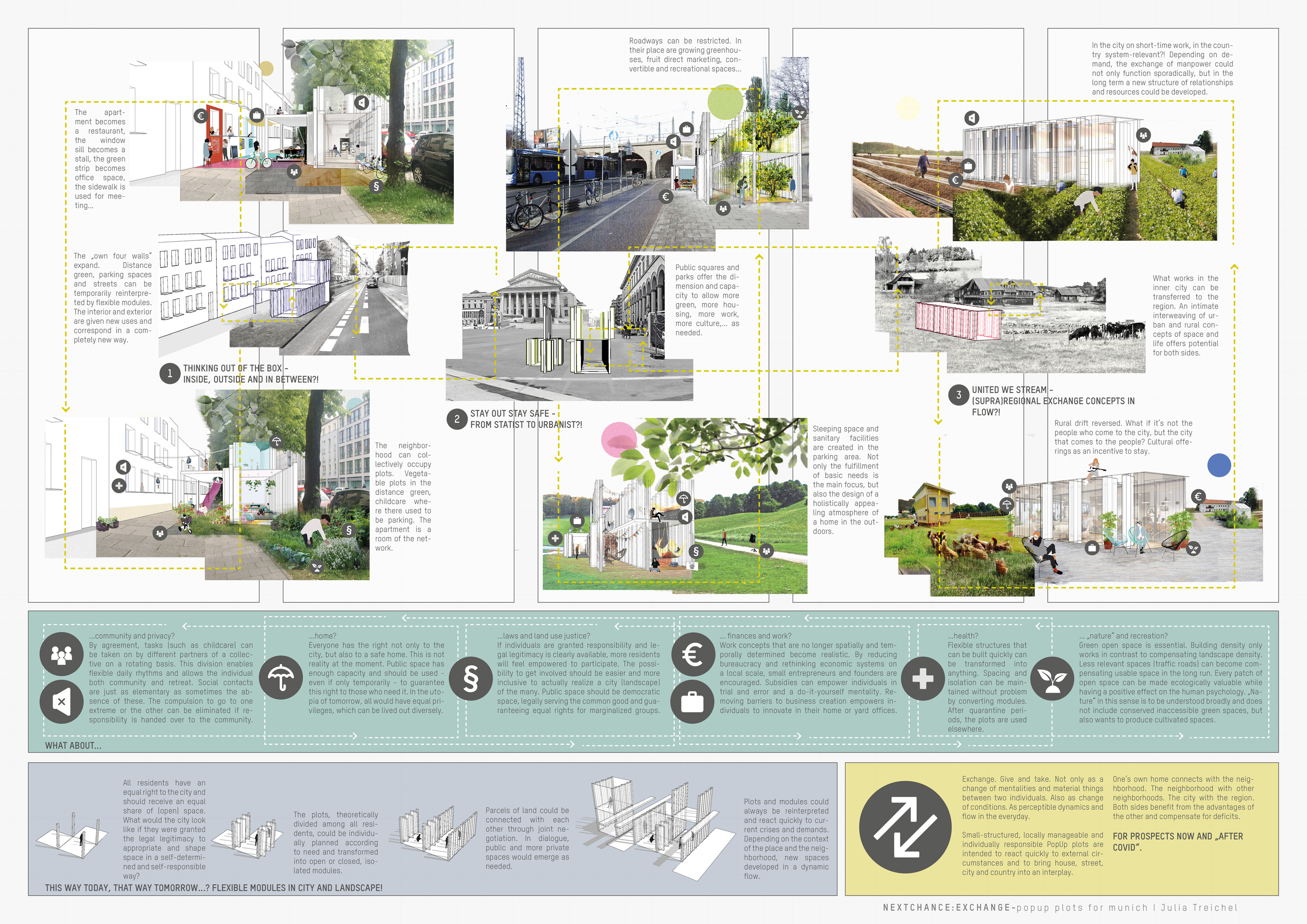