The frequent gaps between buildings in the city represent a potential for the development of the urban space in this case. A temporary structure could fill in the negative structure between the buildings and create a varied program along with their floors. The different levels create space for outdoor activities as well as for activities with an economic character. The structure in the gap between the buildings can be developed in dialogue with the buildings or as an independent organism; a vertical economy of the Gründerzeit style housing period. The cities of the future will no longer be consumer cities, but rather production cities. The modularity and the flexibility of the scaffolding, allow the integration of this prototype in the existing urban environment. Therefore by combining our prototypes, a lifted network system can be developed in the Viennese urban context. 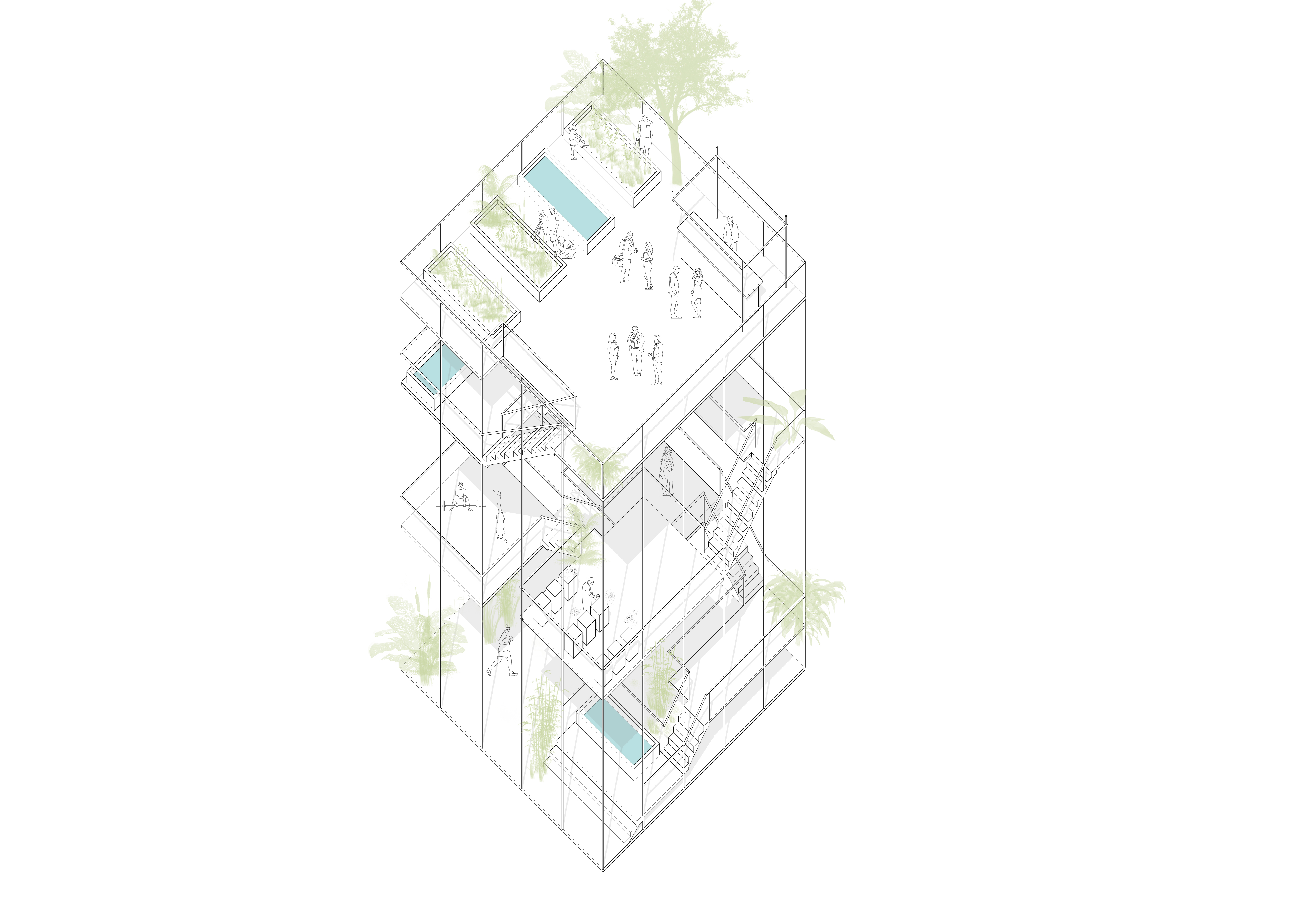 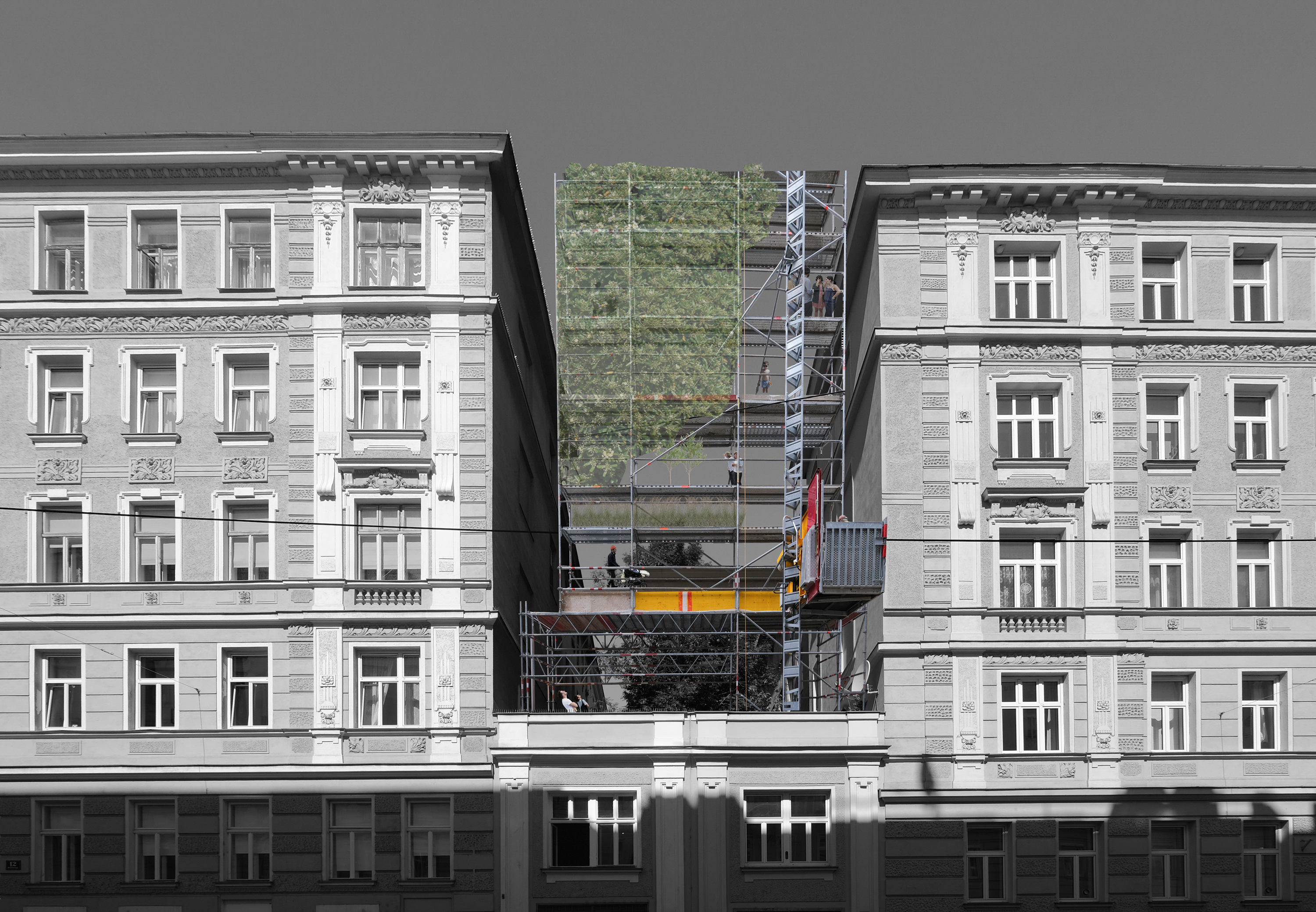