Moshe Dayan road in Tel-Aviv is a traffic artery, connecting the south-eastern neighborhoods to Tel-Aviv’s urban and lively city center.
The fragment between La-Guardia highway and Itzhak Sade highway consists of total street width of 20 meters, wide sidewalks, bicycle lanes, and fences separating between the public domain and the residential blocks.
The fence curves to rectangular concrete niches, initially being used for placing urban infrastructure, urban street furniture or plant beds. Never the less, most of them are currently unused at all, and can be used as an “empty canvas” for new uses.
The project suggests an open call for local artists from Tel-Aviv and Vienna, which will provide artists an opportunity to create a new space of the now empty and derelict concrete niches.
This will be achieved by promoting a linear open-air pop-up exhibition along the niches on the street, as was done before in some buildings in Tel-Aviv, which were about to be destroyed, and became pop-up museums before the destruction 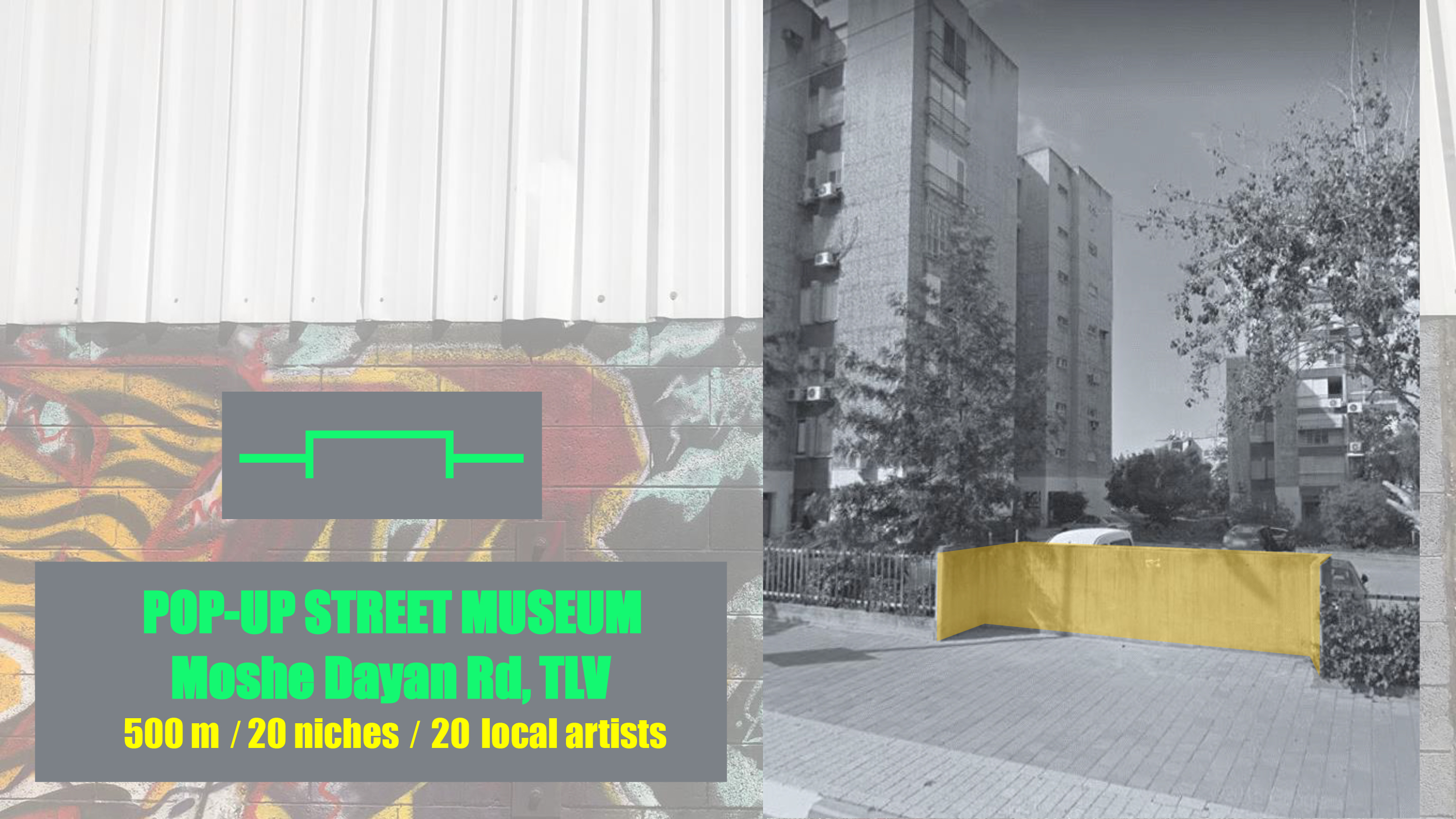 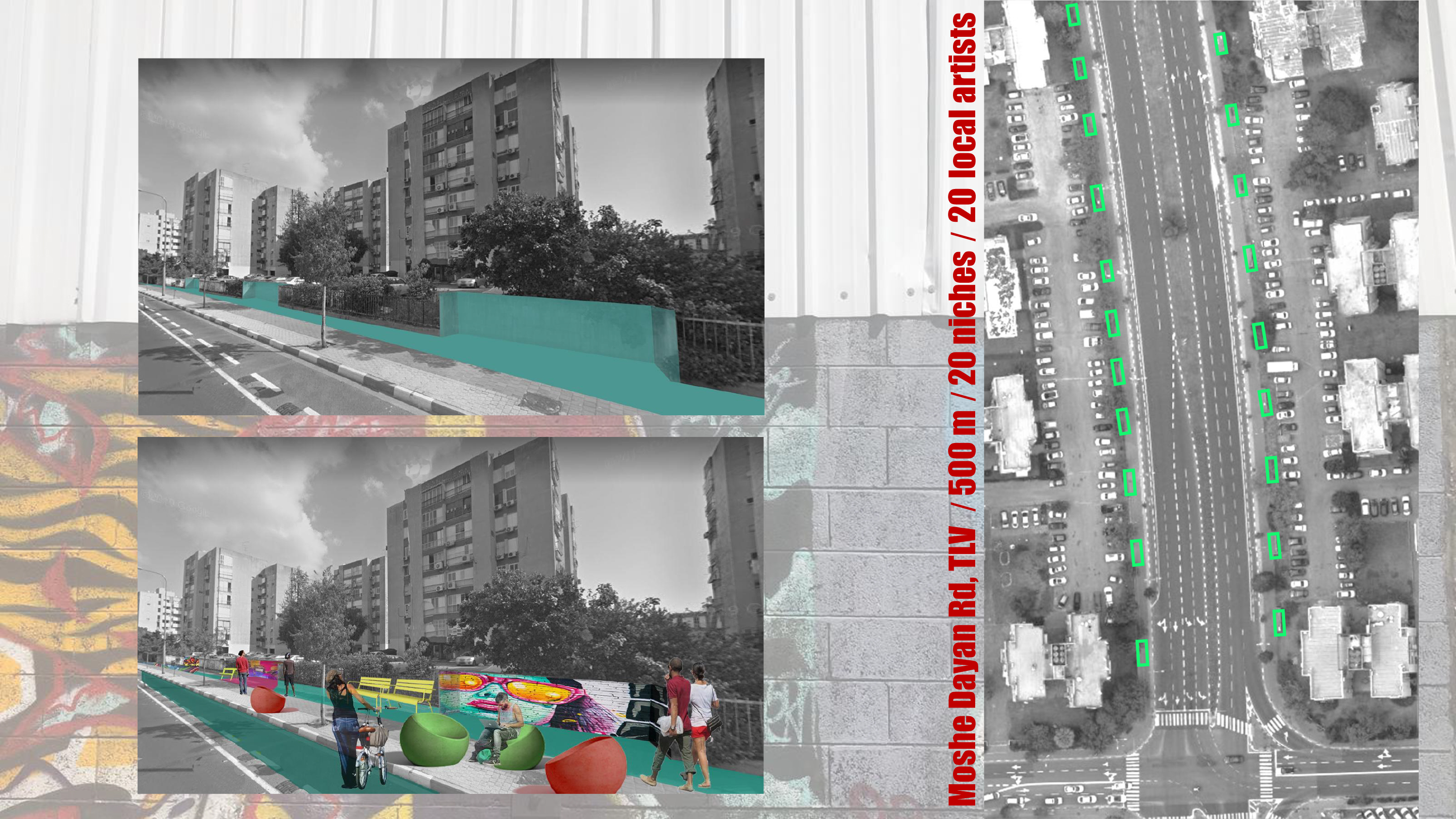 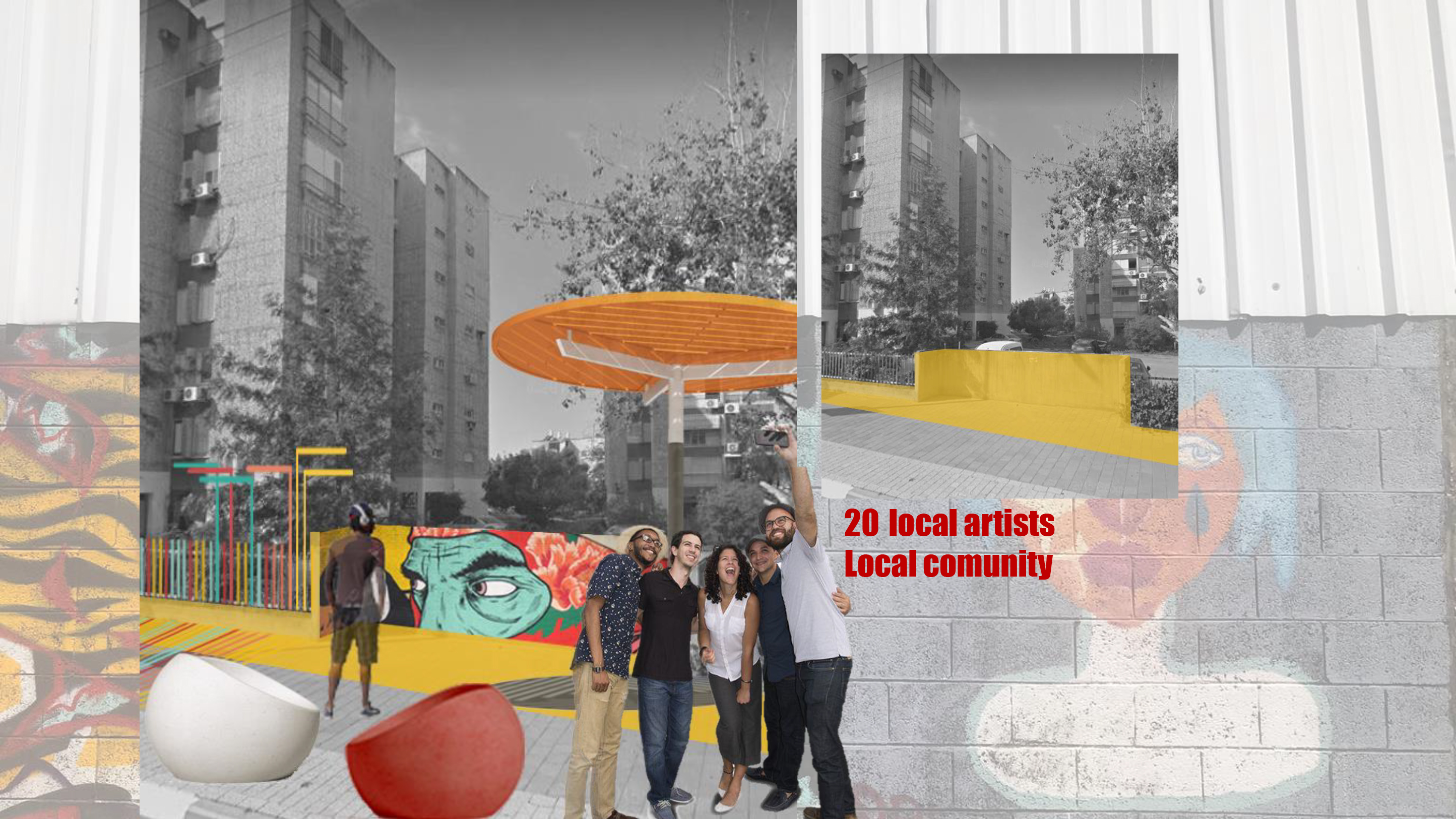