A multifunctional monolith which should transform the use of (public) space.

The idea is to create an object, which should attract people and animate them to investigate the monolith. Therefore, I chose the quite simple form of a monolith, which was somehow present not so long ago in the media, so maybe my idea came from the monoliths, which randomly occurred over the world. Also, maybe Stanley Kubrick had something to do with it.

In times where home office is common, social contacts and ordinary life is reduced to a minimal number of necessary actions, the monolith should bring back, or create a new type of workplace and/or transform (public)space to a new kind of common ground.

This should happen through actively placing the monoliths over the city, in chosen areas, or the monolith randomly pops up in different areas just to trigger interaction with the people, who live around the place. Ideally the monolith appears (carried there by a cargo bike) in an area and the interaction starts through a person, which maybe takes a photo or tries to open some of the plates.

After some time and investigation and, ideally interaction, some more monoliths could occur and transform the place in its functionality. A street becomes a space for work, for art, for random interaction, or just to rest. A sidewalk becomes a place where you could spend some time with friends, have a drink, within the necessary distance.

The monolith is a steel frame construction, which has a dimension around 50cm*50cm*250cm. The space between the frame is filled with plates, out of wood, or similar materials. Some of the plates are flexible, for example you can pull out one plate to create a seat, pull out another one to have a table, and finally, open another plate and you will get a “store box”, which can be used as a box for art, for your messages, which you always wanted to send to random people, for books or other things. The stability is gained through a water tank in the bottom, which is filled while the monolith is standing in the public space. In addition to the basic idea the monolith could be improved or upgraded with a solar panel, which creates power for some sockets, where you can plug in your mobile devices and charge them. 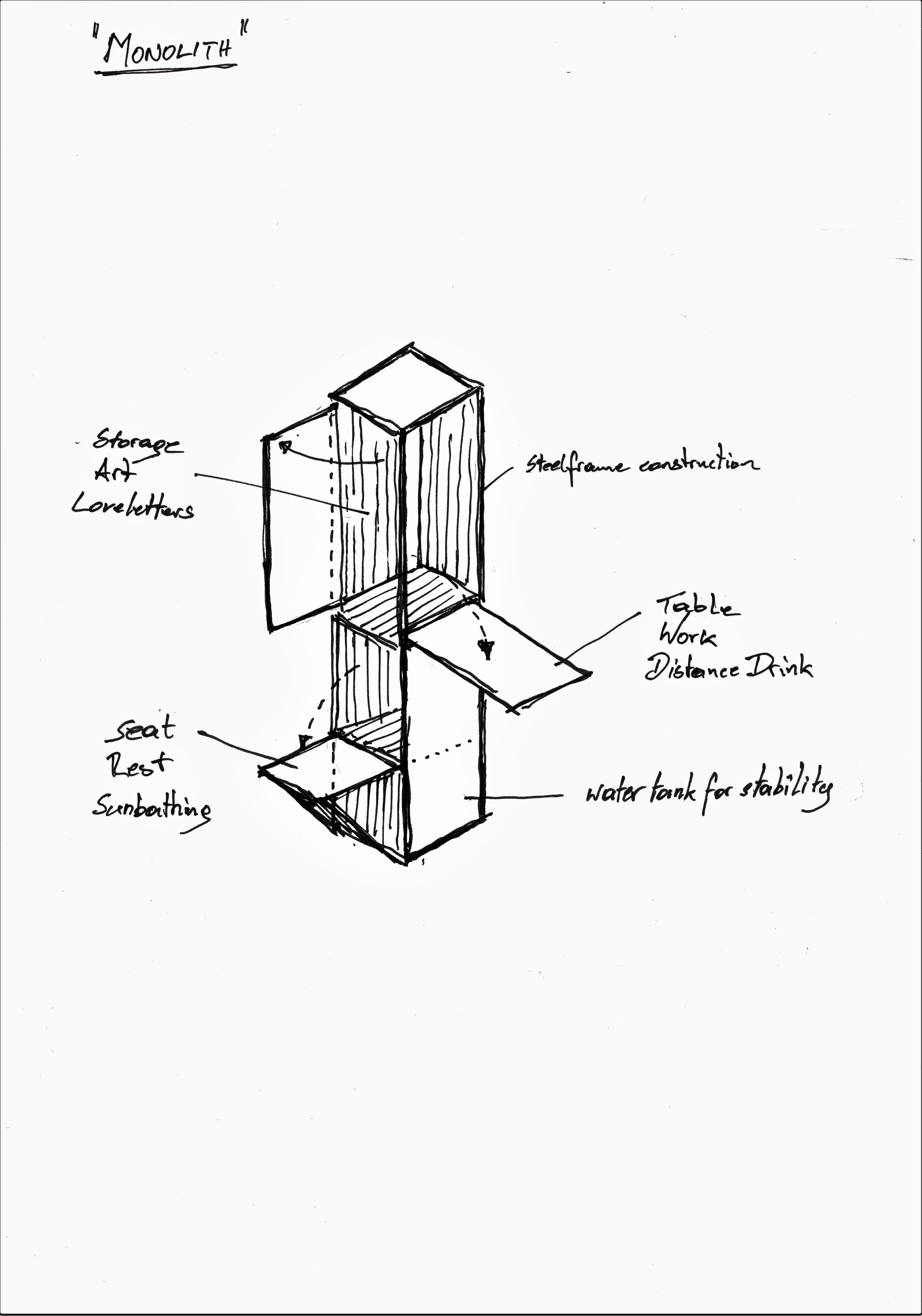 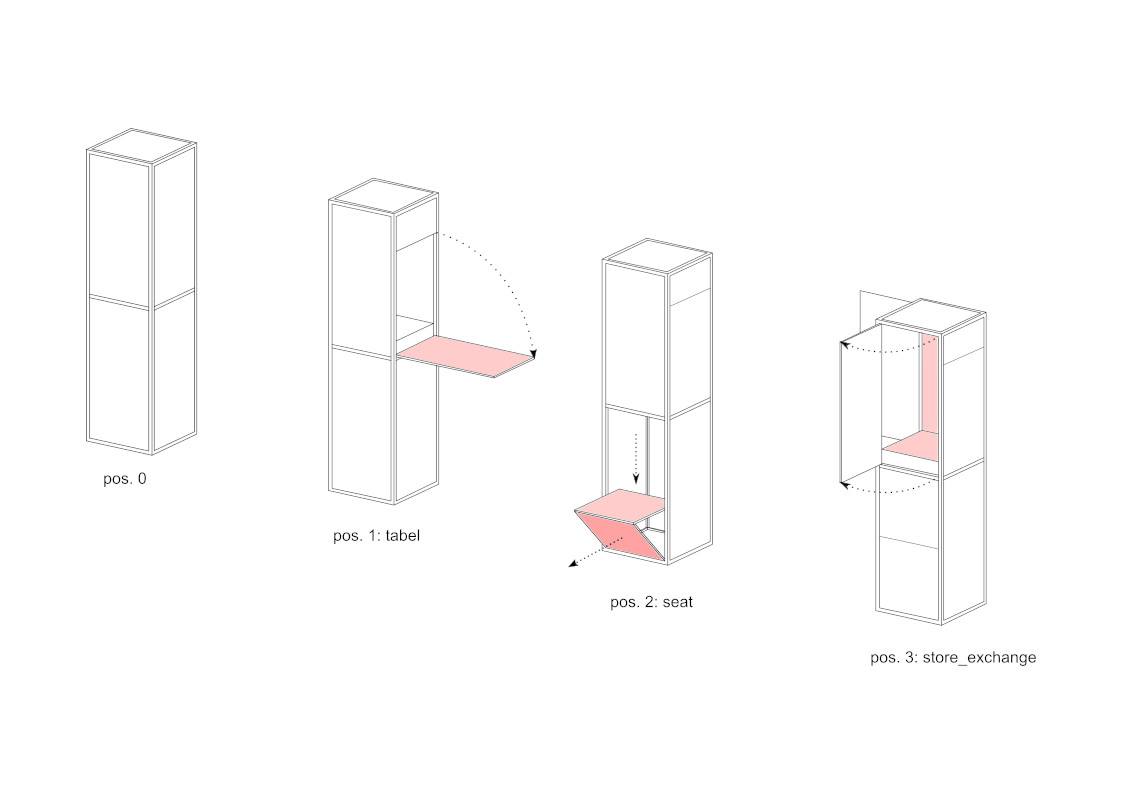