An urban wandering performance for one participant in which four decades of life are piled up.

Less Alone City is a performative event made up of two parts: a personal audio experience at Givon Sq/Tel Aviv & live direct encounters in nearby spaces & locations with 4 female performers of 4 different decades. The ongoing encounters are built gradually while poetically touching on issues such as: relationships, choices, regrets & forgiveness.

The live encounters are amplified in the face of the vocal audio experience & enhance the disadvantages of virtual encounters that take over contemporary relationships.The participating audience individually embark on a 45 mins long walk  every 15 mins. Each one takes an active part in the performative action & in an intimate conversation regarding choices relating to personal positions in urban spaces that evoke feelings of alienation & loneliness.

The core of each conversation with each performer (who appears each time unexpectedly) is associated with the decade she represents & to the specific location in which the encounter is led to take place.

The work creates an intimate, safe space between strangers in which beliefs, fears & hopes  can be expressed. It reveals feelings & memories  that accumulate during the years of living in the city & wandering its spaces. These are feelings that we usually leave hidden under a social mask we have learned to wear.

The work strives to connect the outside with the inside Physically, geographically & emotionally.

The artistic practice derives from the tangible possibilities of meeting one another & ultimately reuniting with ourselves.

The questions that the work raises include: How do we create an interpersonal connection in a contemporary society where connections are forged mainly through virtual reality? Is an encounter a choice or a coincidence?

While the performance takes place, the locations’ ordinary life continues to run as usual & unknowingly serve as a backdrop for action. The incessant lively movement around makes each encounter look & feel different, depending on chance.

The strength of the work lies in the simplicity of the encounter, with which we rarely allow ourselves to get involved due to the city’s fast life.

Each urban space symbolises in its character & function, a different decade & the conflicts it raises.

Wandering in these spaces through an original experience, create within the participant new connection & feelings vis a vis them, therefor, they will never be seen the same to him, anymore. 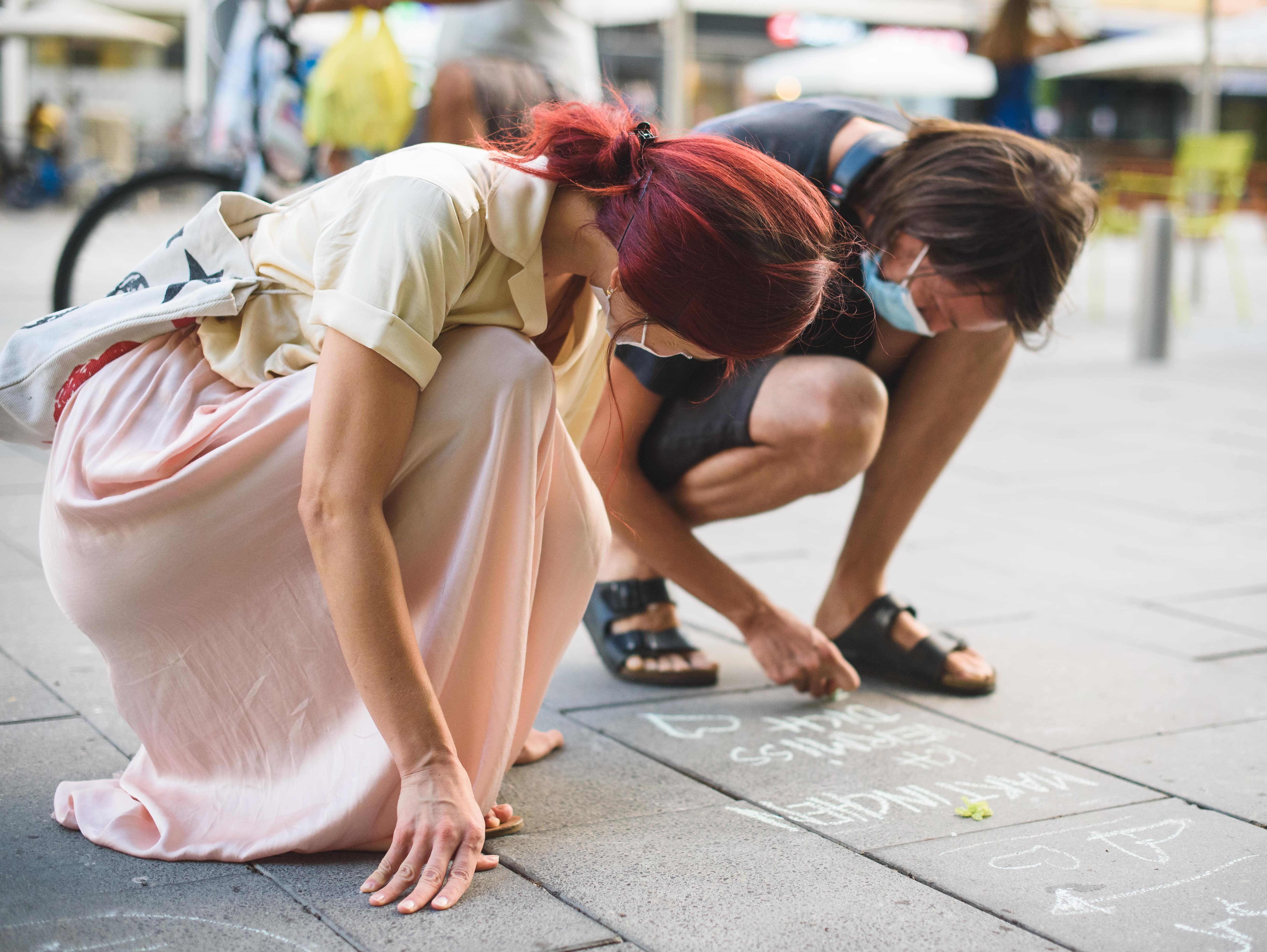 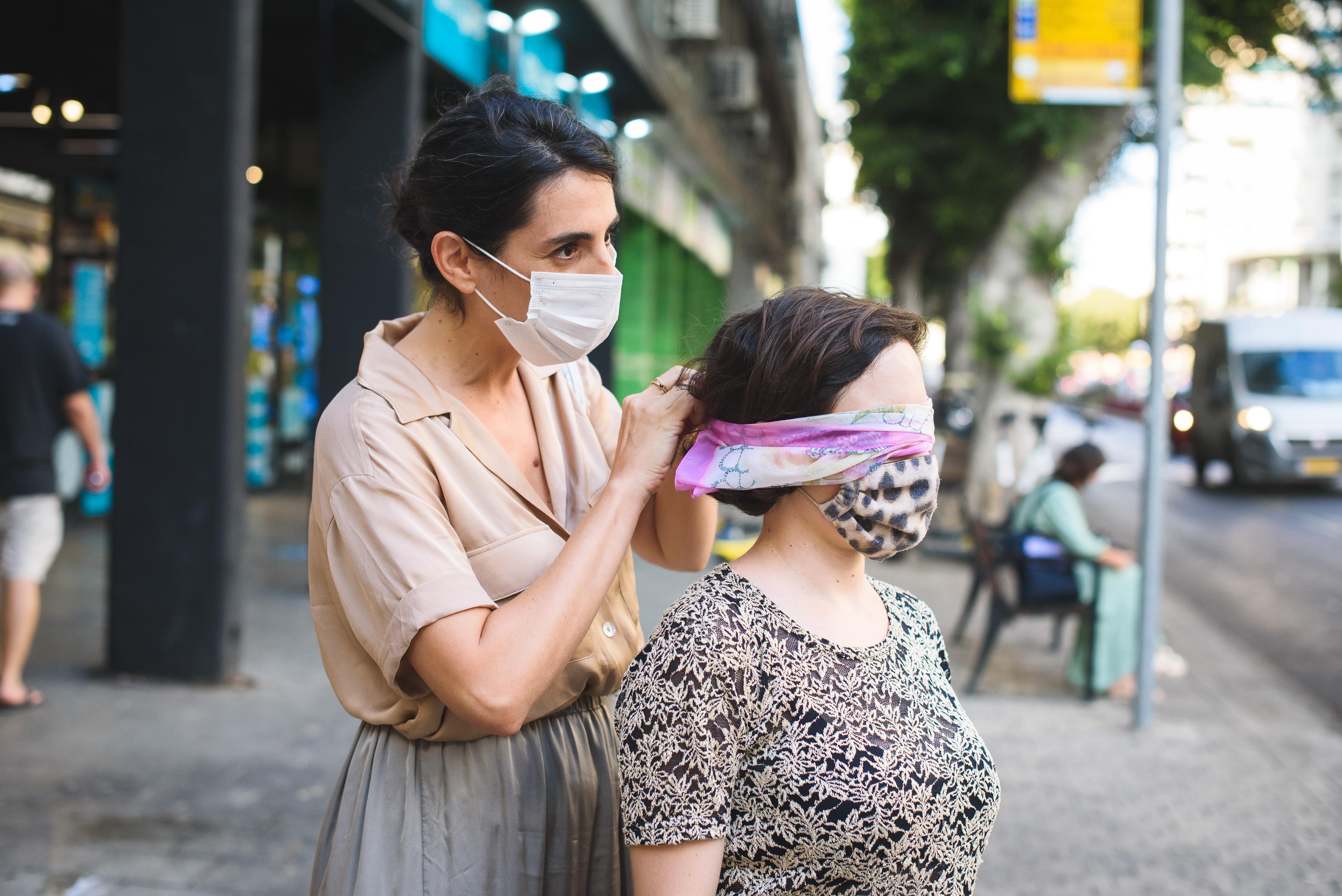 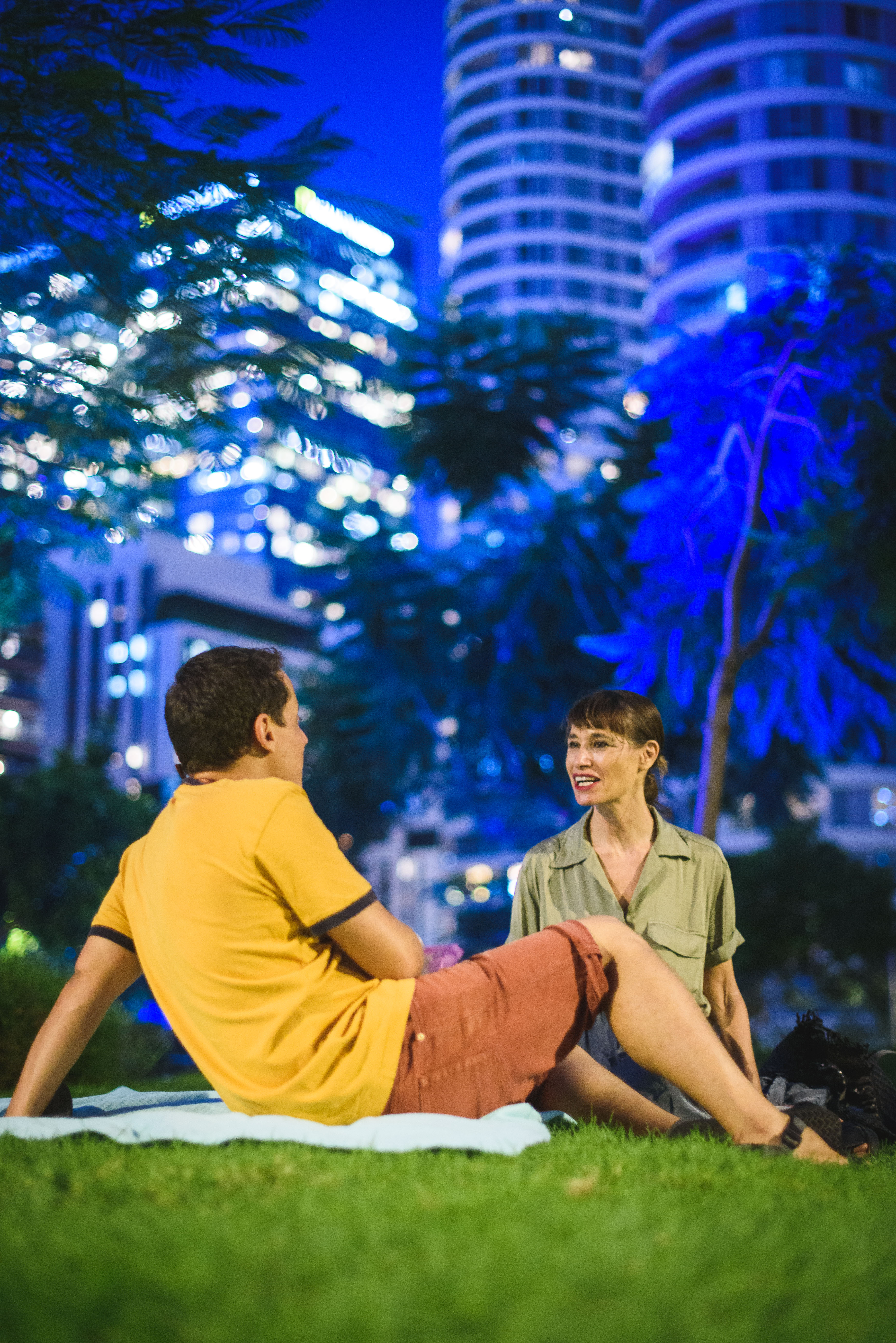