Four benches in a playground in Wehilstraße

•        The Handelskai Gemeindebau is one of the numerous social housing schemes of Vienna. In the open courtyards of Handelskai, one encounters the typical welfare landscape: placeholder devices for recreational activities with few signs of actual usage. 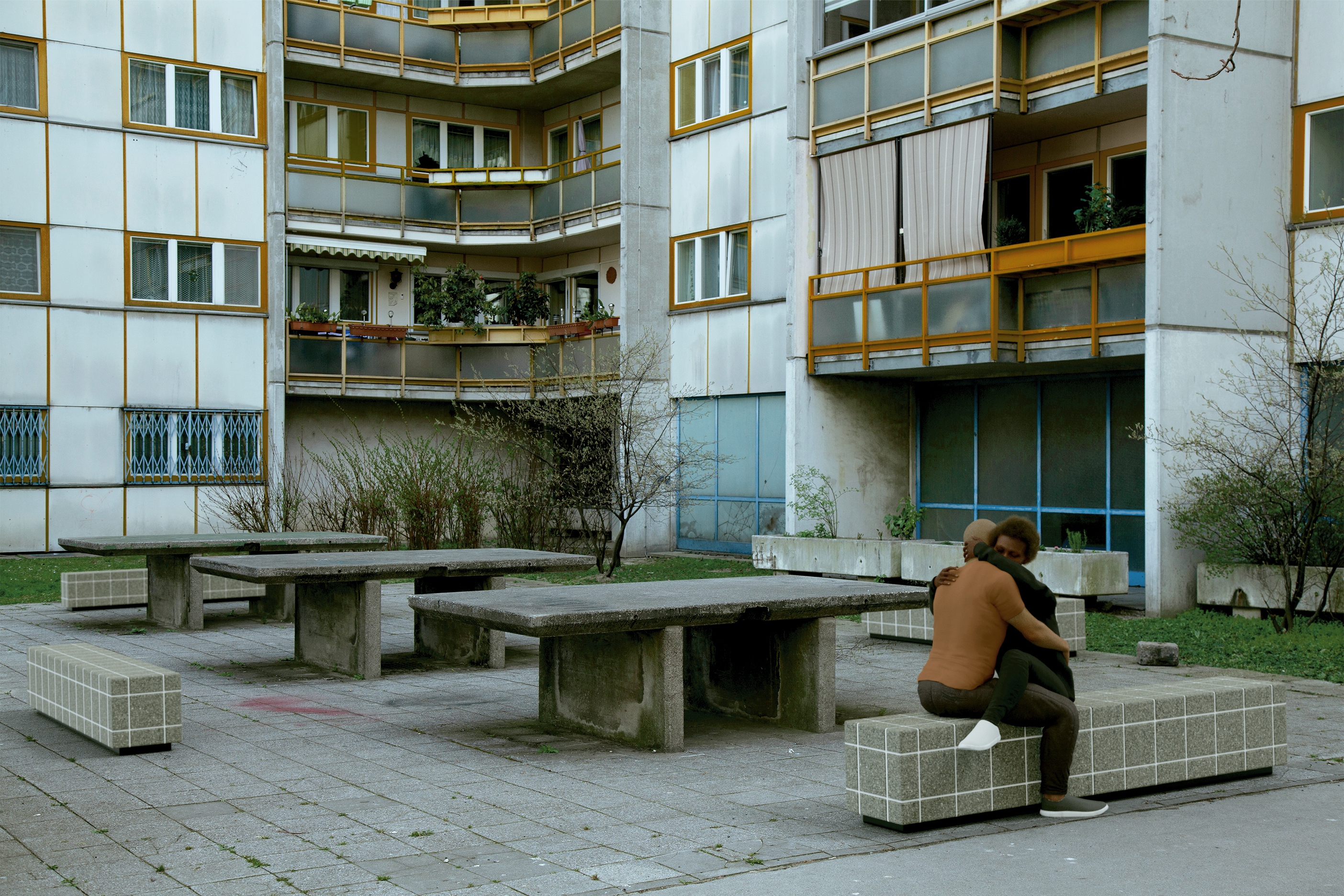 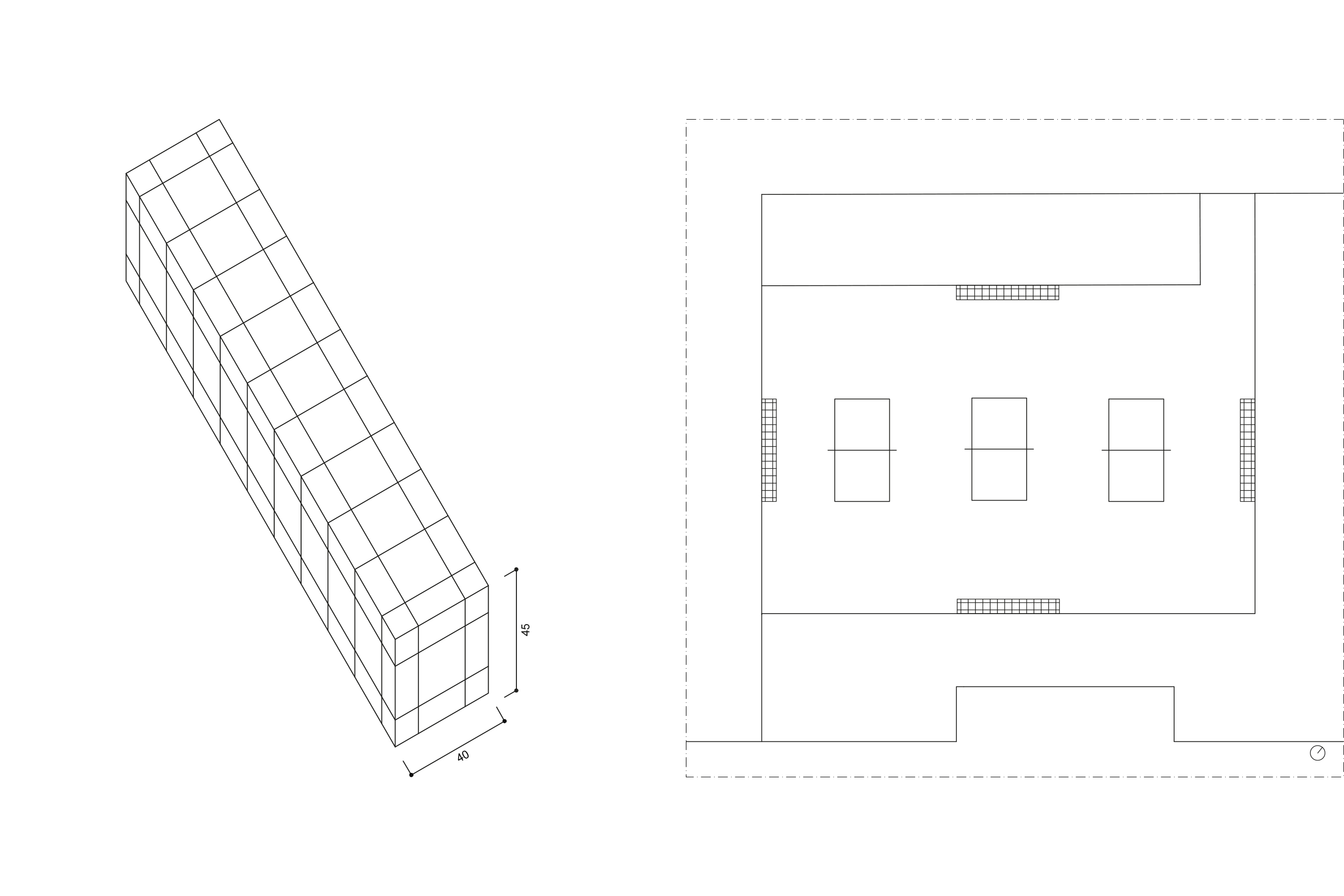 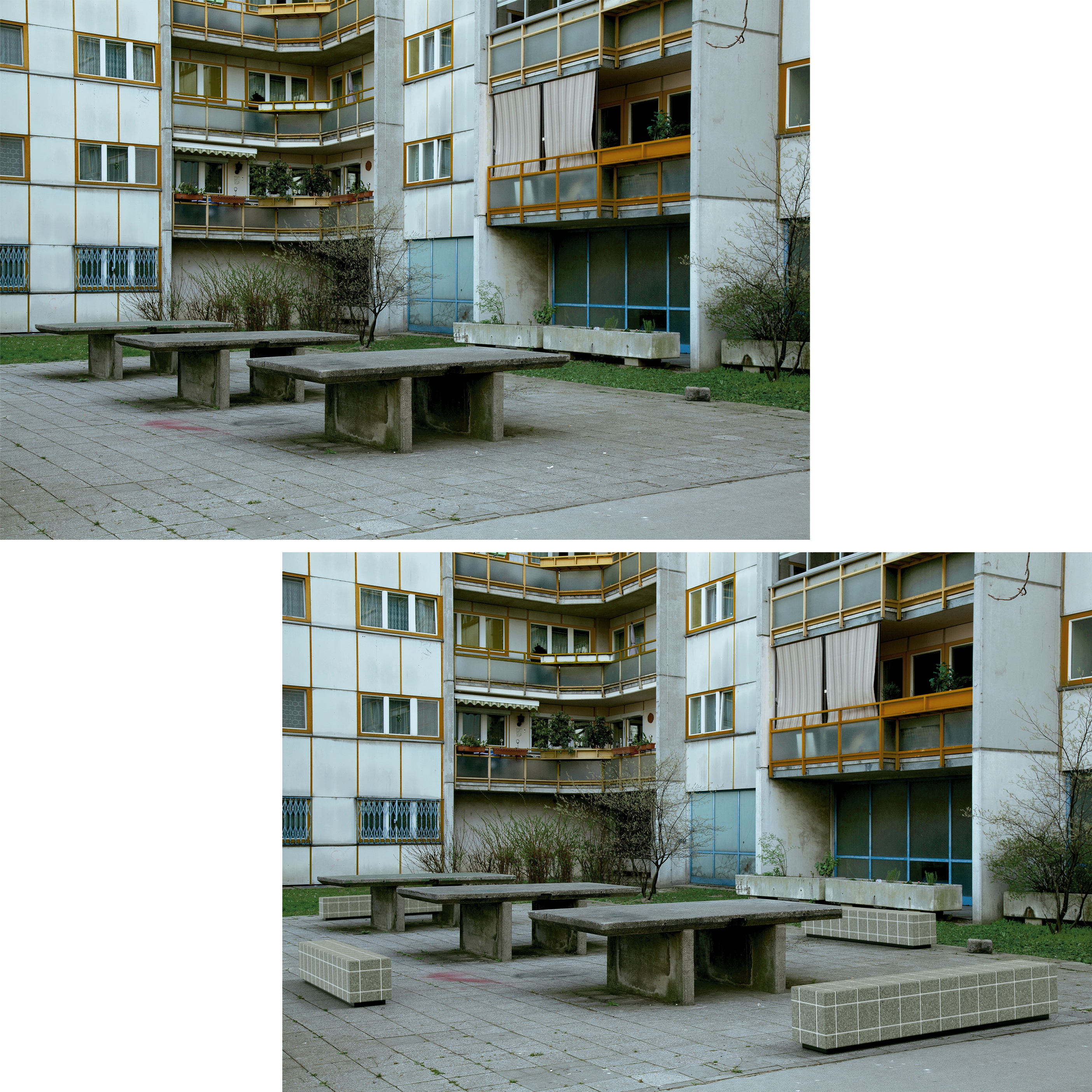