In Vienna, the parking of cars is often replaced by the so-called "Schanigarten". Most of them are located on the first floor. A raised public garden would act as a quieter open space in the street, as it would be separated from the current traffic. In addition, creates more space on the two levels and offers potential for punctual connection with the surrounding building. Free view over the street space. The modularity and the flexibility of the scaffolding, allow the integration of this prototype in the existing urban environment. Therefore by combining our prototypes, a lifted network system can be developed in the Viennese urban context. 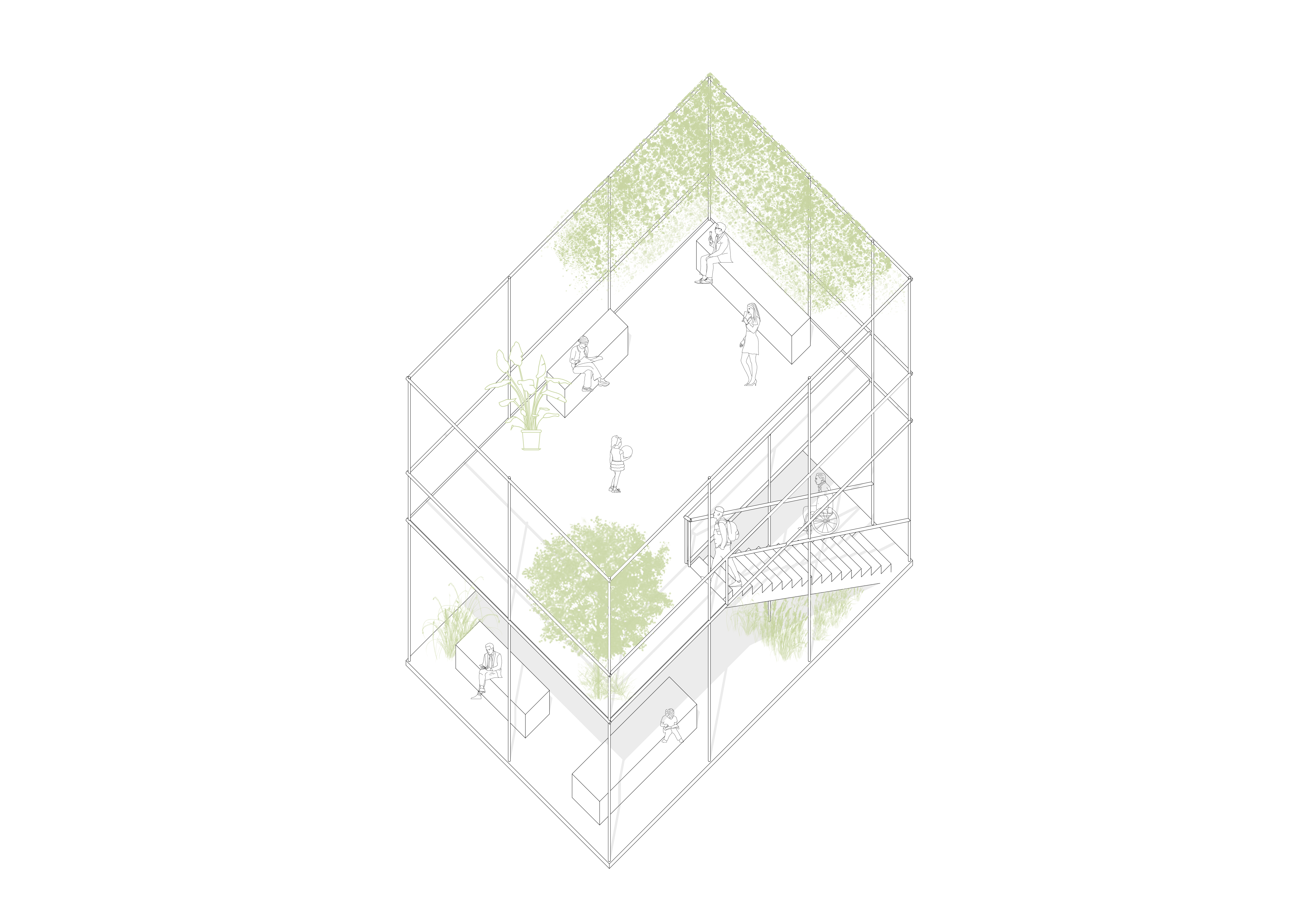 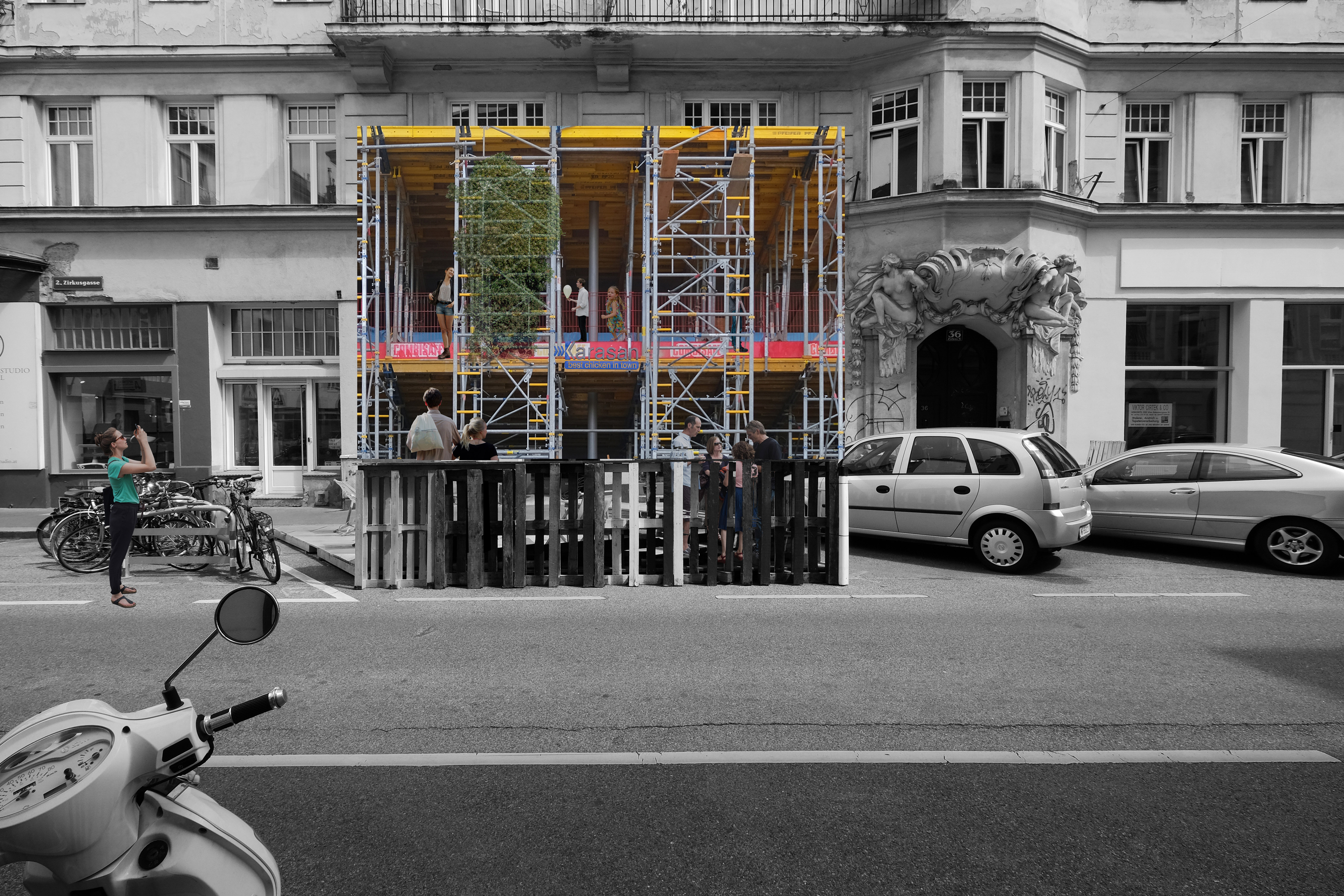