Our cities must become a place where everyone and every gender feels safe at any time. Especially people that have been known to be part of a group that is being discriminated against.

Urbanism is a feminist issue.

During the covid-19 pandemic, we as a society rediscovered the urban space that is our city. In order for everyone to be able to use these common spaces, streets, gardens, parks, playgrounds and sports fields these spaces need to be safe and visible to the public.

Poorly lit alleys and streets, dark house and courtyard entries, as well as public parks and playgrounds without proper lighting often make people feel unsafe and afraid of the dark. Especially people belonging to groups that are being discriminated against feel threatened when having to walk alone in the dark.

The idea behind this project is to mark spots in cities and its urban structures that have been known as being unsafe or are generally being avoided by certain groups of people, especially persons belonging to the lgbtqia+ spectrum and women of all nationalities and ethnicities. This draws awareness to the problem and makes the spots visible. It illuminates the dark, symbolically and in reality.

The project should be seen not as an art installation, but as a process that evolves. At these certain spots and places, people will find light and color. Evolving to pop-ups, music, visuals and information. This intervention draws attention to the issue that is well known, but somehow there are still way too many places to feel unsafe at or to avoid in our urban structures.

Medium:
Color by day, light by night. Pop-up-concept, music, visuals. Display of information. Creating safe spaces around the city in traditionally known unsafe places that are being avoided by people belonging to the lgbtqia+ spectrum and women of all nationalities and ethnicities. 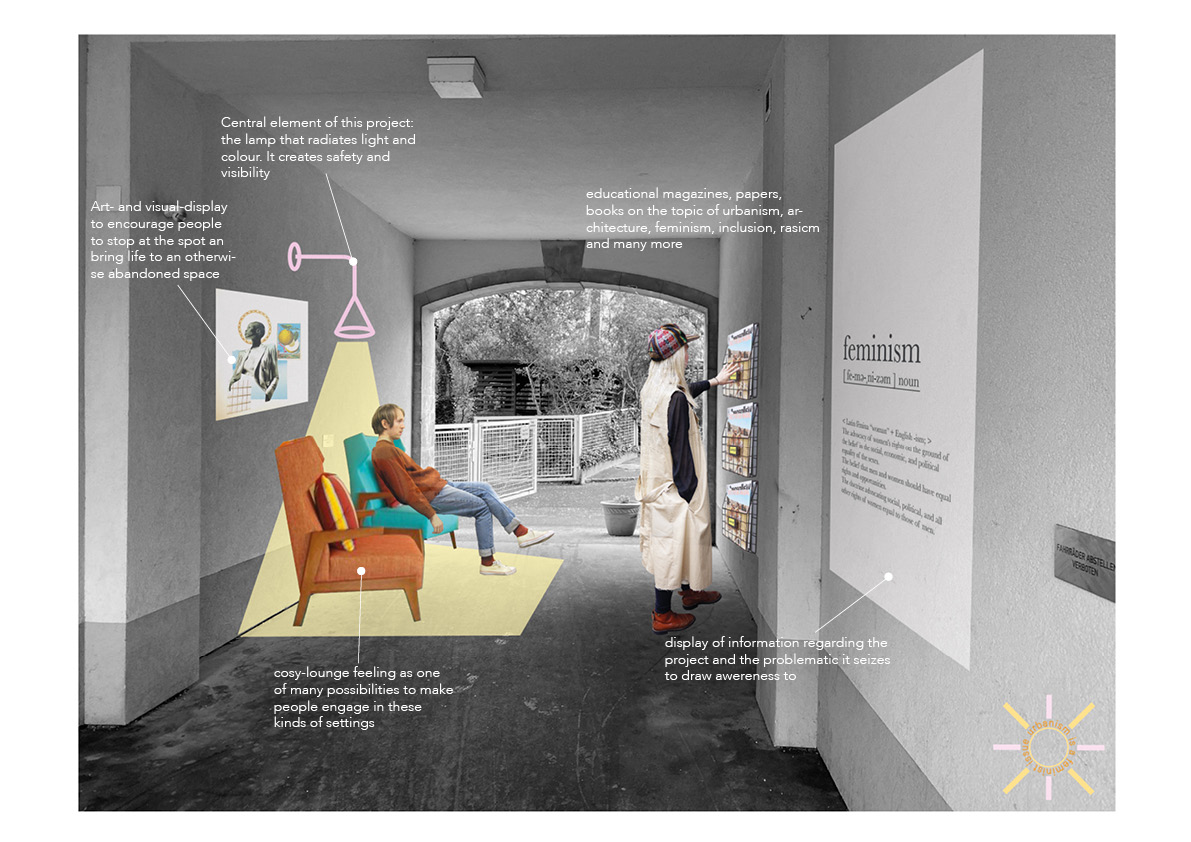 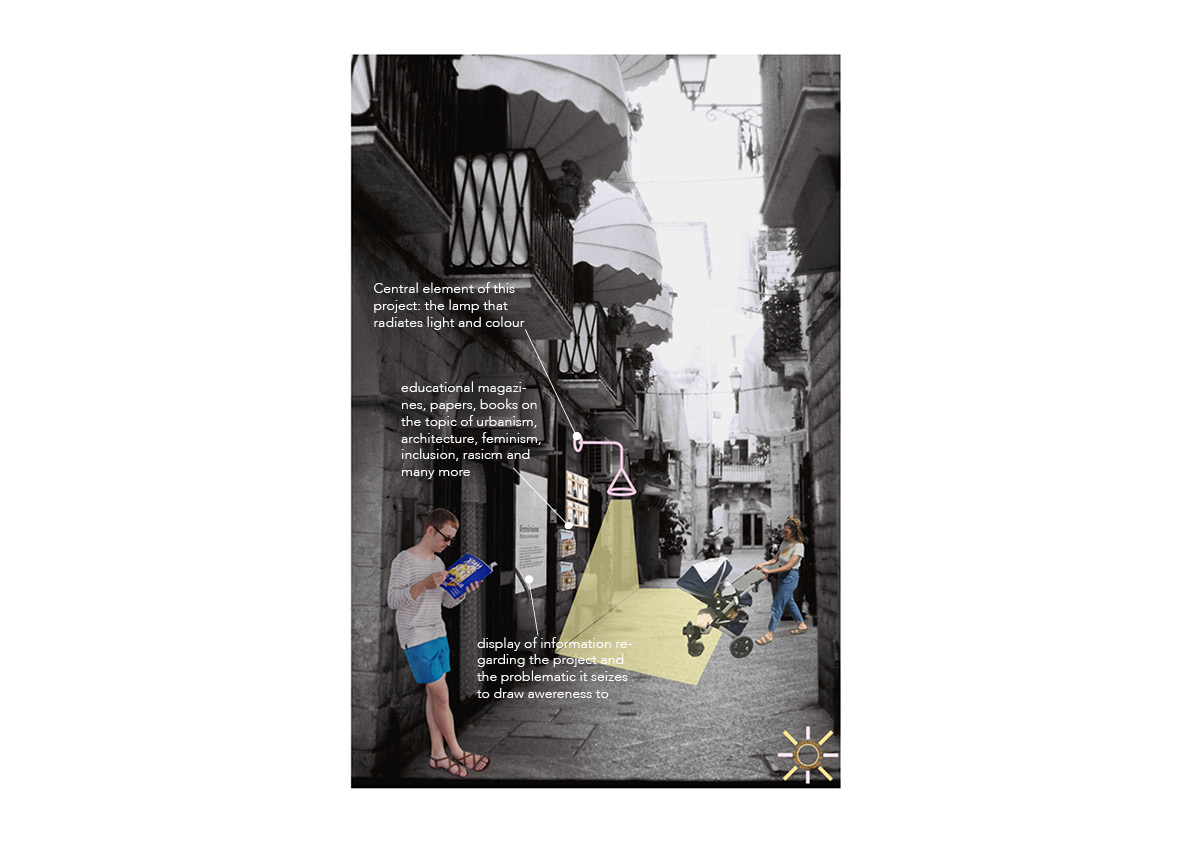 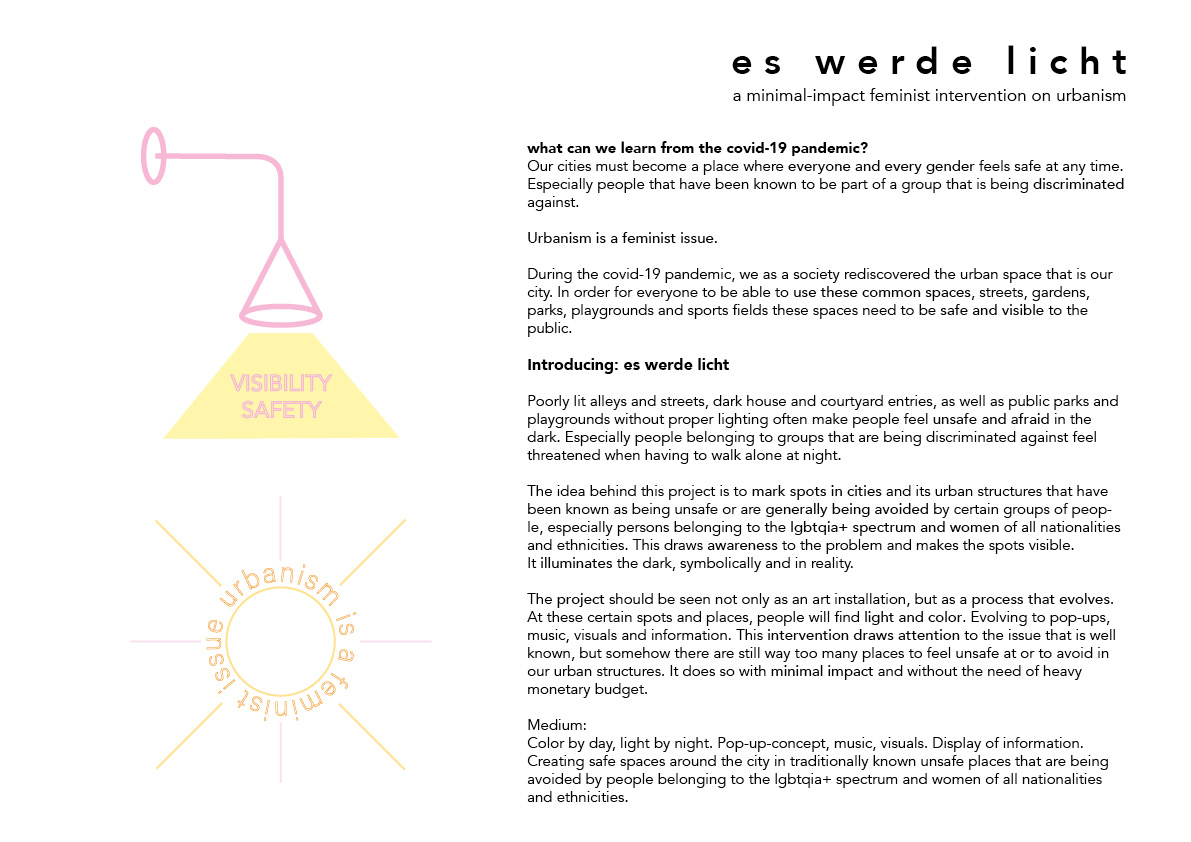