Double Feature reflects on the landmarks of the city by creating site-specific public installation.

Double Feature is a site-specific temporary installation that reflects on the disaffected presence of major landmarks and symbols of the city by provokingly operating a literal juxtaposition between their visual appearance and meaning, ultimately returning them to the human scale as elements of public use.

The project takes two landmarks that are past and present symbols of the city of Tel Aviv, the towers of the Azrieli complex and the Rothschild boulevard, extracting their typological characters and projecting their full-scale representation on top of one another.
The 170 meters high rigid grid of the facade of the Azrieli towers is flipped and flattened on the ground surface of the lively boulevard, allowing people to walk, sit and cycle on it, and cars parking over it, until it will eventually disappear. Inserted in the context of everyday urban uses and and rituals, this provocative, fleeting and temporal action stimulates a reflection on the gap between the civic affective attachment to symbols of the city and their precarity in our ephemeral present, while the built environment surrounding us every day seems permanent and inaccessible.

Double Feature will be performed in Tel Aviv. The installation will consist of a full-scale projection of the typological facade of the Azrieli towers by drawing it on the surface of a section of the Rothschild boulevard. The facade will be drawn on car lanes, pedestrian walkways, and green patches with the use of temporary materials such as water-soluble, non-toxic spray paint. Through time, the drawing will fade and eventually disappear within weeks as more and more people will use the spaces of the boulevard. 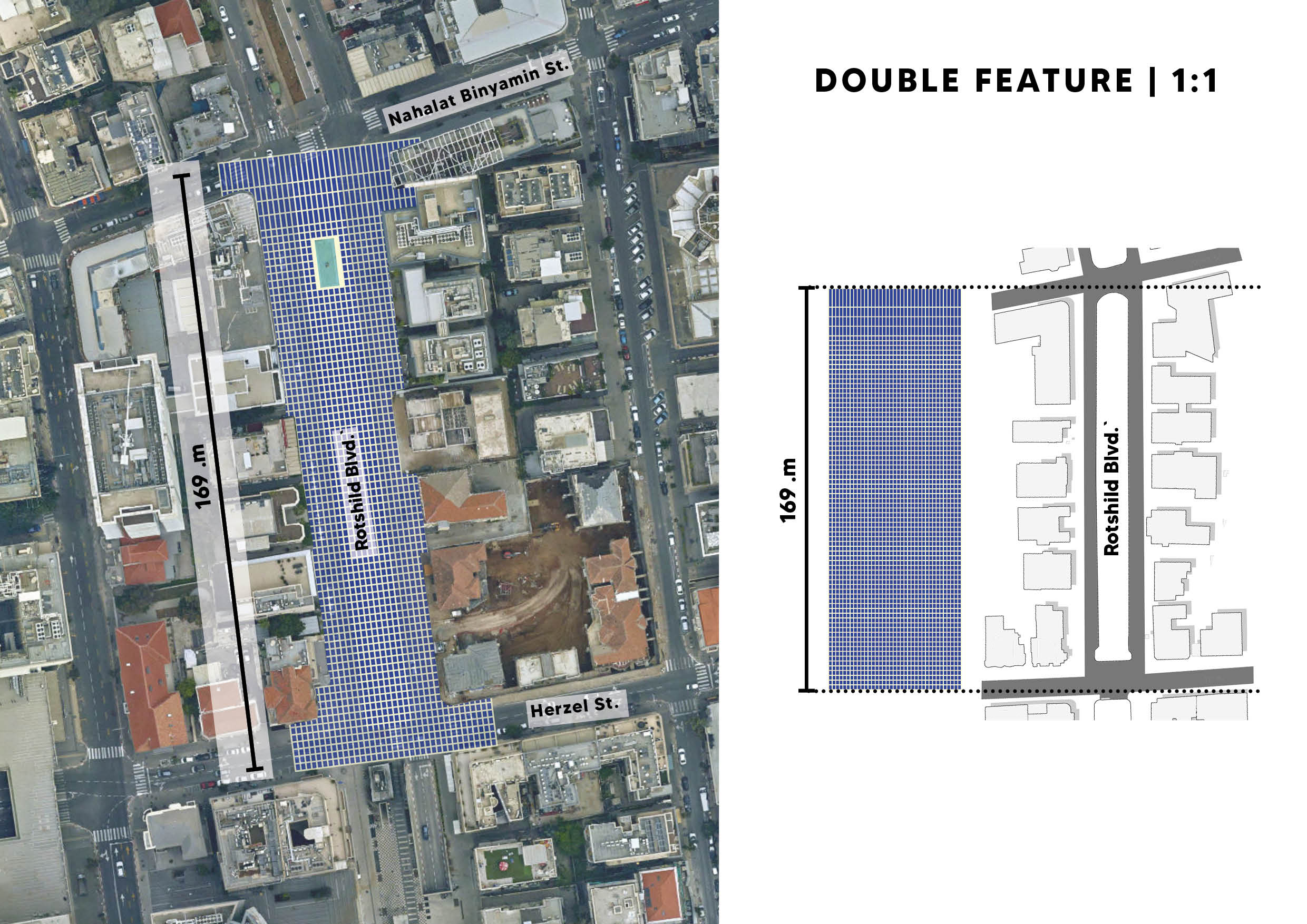 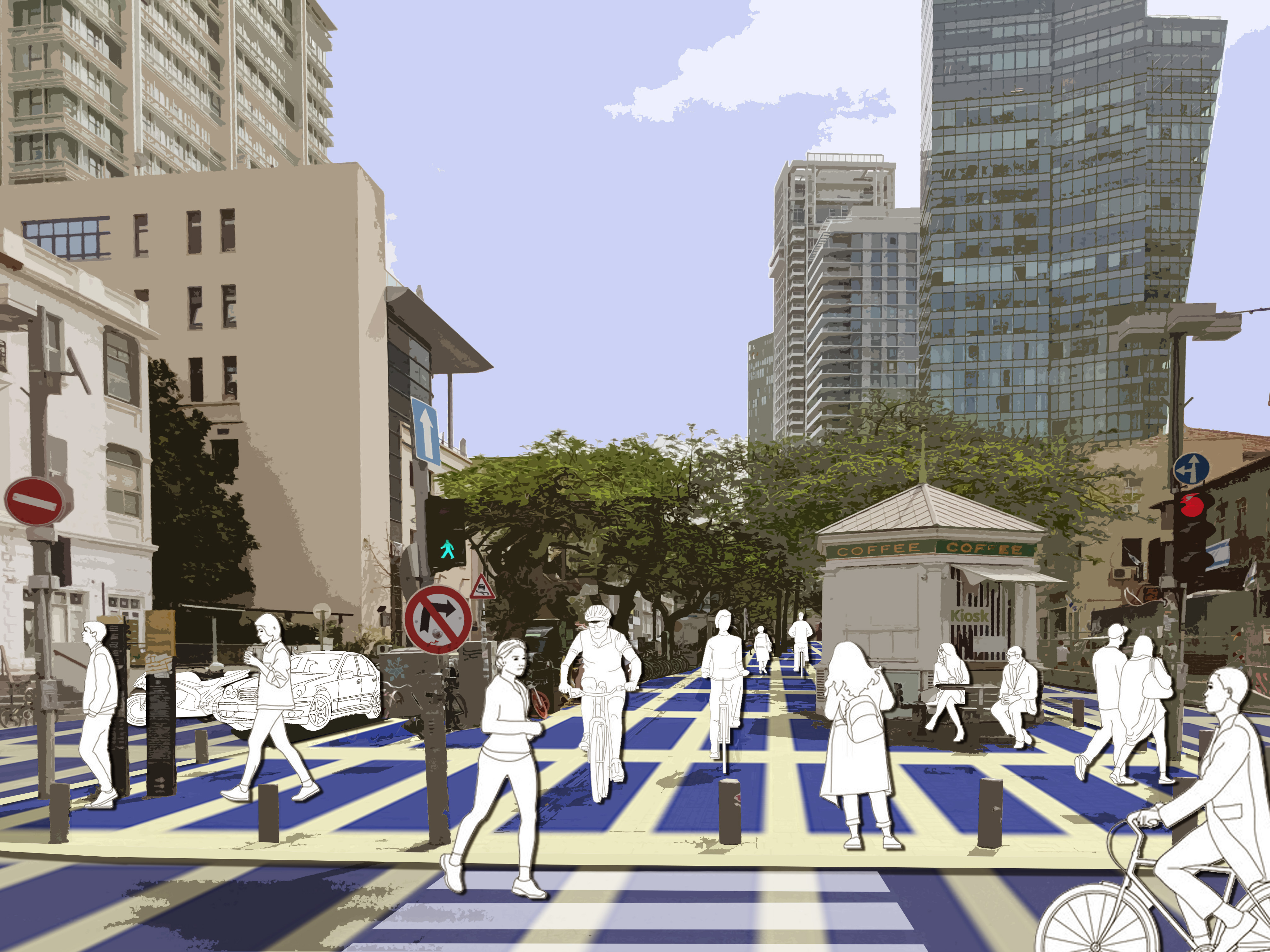