You: Which places support us in taking care of each other?
Me: Who makes these places?

If according to sociologist P. Bourdieu, domination over space is one of the most important forms of exercising power, we have to rethink urban hierarchies. Rather than relying on given infrastructures whose dispositive functionality determines our everyday scope of action, we as citizens should start acting outside this set frame of where to walk, stand and rest and become the caring infrastructures ourselves. COVID-19 has shown how fewer cars on the streets, closed shops, and fewer roadworks can turn consumers into flâneurs, passersby into citizens, who spend time in urban space. How can we turn this moment of people regaining the cities into actual movement? How can we promote citizens becoming urban actors, who imagine, improvise, and care about and for space?

If J. Beuys’ social sculpture and Extinction Rebellion had a kid, it would be called citikit. citikit offers three tools for resilient urban dwellers of tomorrow. Traffic cones, barrier tape, and a flag. Known physical markings in space are used and re-encoded through the color green. The aim of those relational objects is citizens’ direct participation and anticipatory influence in urban planning by outlining alternative possibilities for the use of urban space. Cones and tape are primarily intended for use in streets like claiming a parking space to take a sunbath or extending sidewalks that are 1m too narrow for 2m distances. The flag is designed to highlight vacant sites such as brownfields to encourage immediate interim uses. ck could be distributed in targeted test runs in urban districts. ck could be obtained after self-registration as an urban practitioner. There could be ck lending stations. In all cases, linking the kit to a set of dos and don’ts as well as the kit’s recognition by municipal and security authorities is unavoidable. Especially, as long as the current traffic regulations in our cities remain the same.

A possible extension of ck can be an interweaving of the material with software, which depicts usage, distribution or urban interference zones in real-time, collects the data, and thus generates knowledge for future urban planning. And why not let ck communicate with Google Maps? With smart vehicles? To tell them when to avoid a street, currently turned into a ball field, or a parking space, being used for a community meal. Why not think of cities as (non-)human infrastructure? 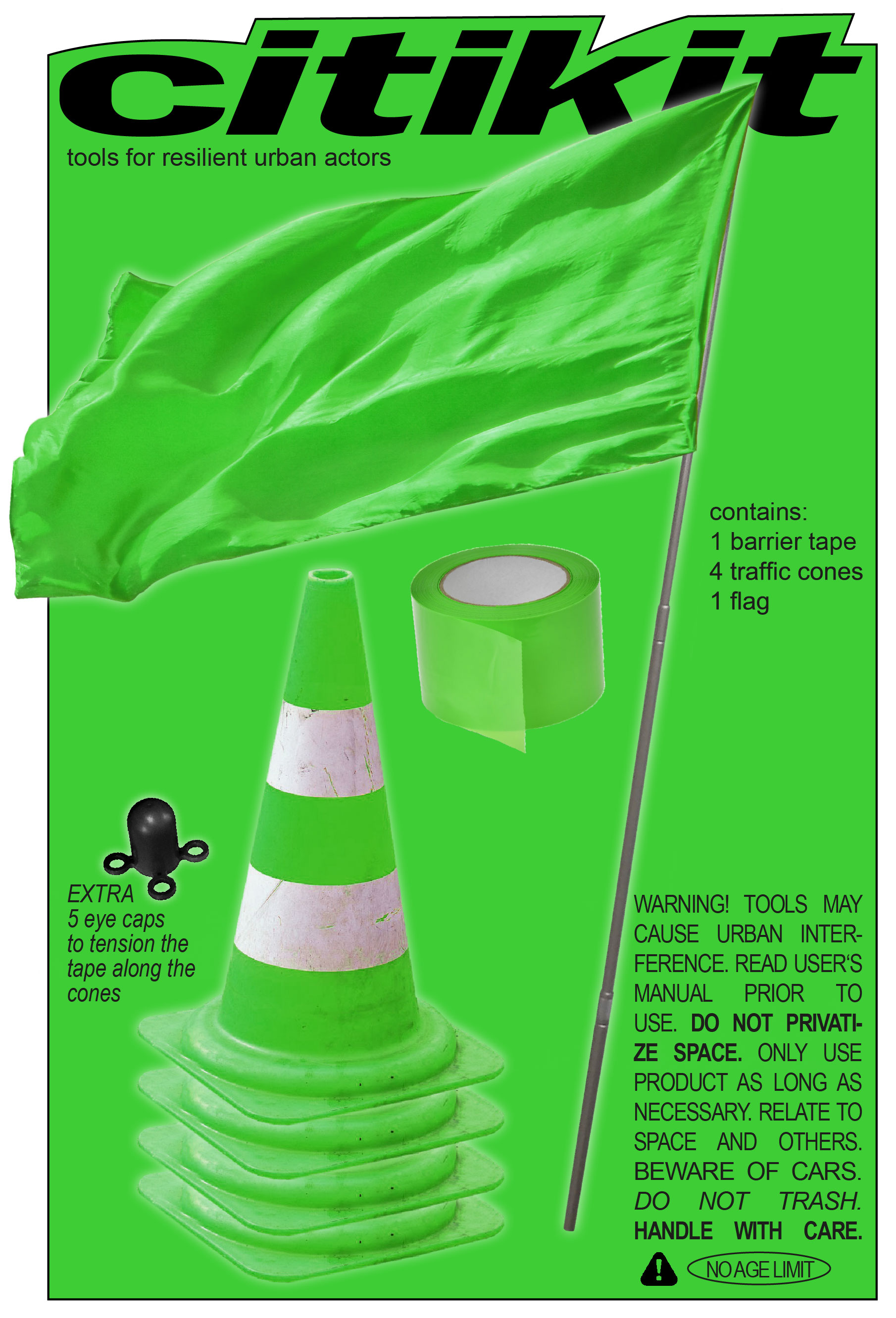