How will our public space be used in a future that involves social distancing, given that the amount of people and space will remain the same? “Personal distancing” is calling for a new definition: the distance should not be represented by a circle but considered as a sphere. Evasion should be discussed as a horizontal movement, as well as a vertical one. Therefore, the distancing has to be considered upwards.

The evolution of the bench

Over the corona pandemic, we were transformed from active users of public space to passive observers. Sooner or later, this attitude will be reflected in the social design of our cities. The development of a simple element, a bench, was already adapted several times according to fluctuating social-political standards and requirements. In that matter, our urban furniture will naturally transform again with a new demand to act against the virus. How can we anticipate such development and thus critically question it at the same and right time?

A bench, as an essential furniture element of the urban landscape, calls for a three-dimensional extension. The basic set of Bel-Étage consists of five height-offset seats. Because of this, it obtains the required distance without creating the need for additional space. High chairs naturally offer a lasting stay at a safe elevation, while the niches at the ground level represent a spontaneous space of unexpected scenes, protected from the outside by the construction of the bench.

Bel-Étage - the fragile structure in the urban space - is reflective and open for continual adaptation and further development, and it goes hand in hand with the linear growth of the new conditions and regulations, along with the daily press conferences.

2020 provoked many social-design topics. Almost every issue could be rethought and requestioned. Behavior and human interaction in the public sphere is likely to change. A crucial aspect of this process is not to make the change in a chaotic way or fear but in a sustainable and considered way. As such, our design proposal for the urban furniture project aims to artistically thematize, question, and challenge the matters of distance and proximity with the focus on public space. 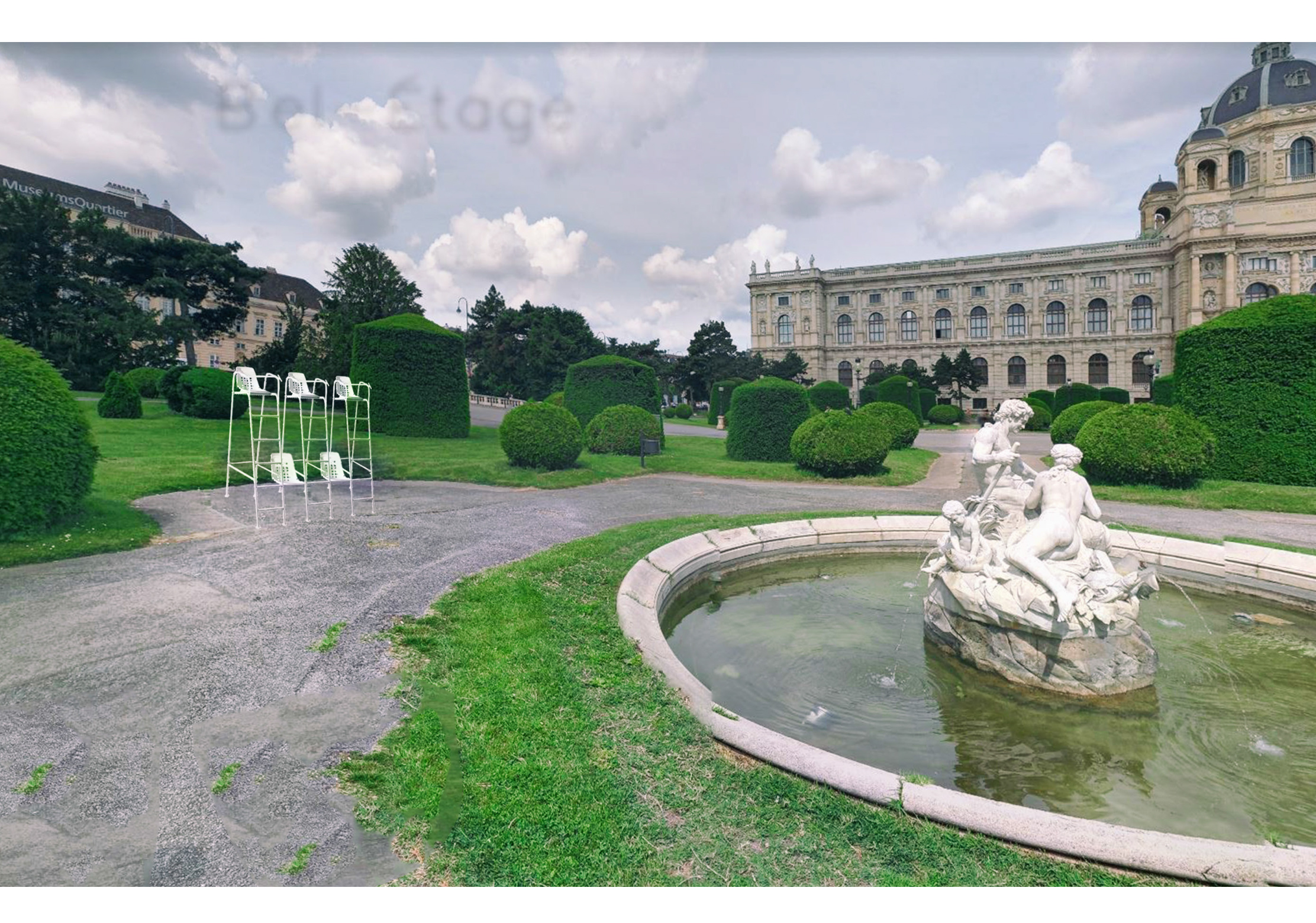